Mad Paws ready to unleash the $1.1 million it has in its kitty 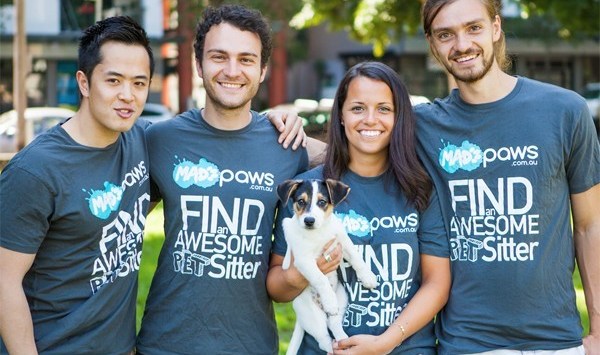 Pet services marketplace Mad Paws plans to spend its $1.1 million in new funding to hire more staff and ramp up its marketing efforts as it positions itself for rapid growth.

Mad Paws, a service which connects pet owners with more than 3500 verified pet-sitters across Australia, is the latest venture in the pet-sitting marketplace to attract funding, while the pet services industry itself is one of the fastest-growing local industries in Australia.

The Mad Paws service was founded in November 2014 by 25-year-old Sydney-based Alexis Soulopoulos, who told SmartCompany this morning he started building the website about three months prior.

“It was a very lean startup approach; we continuously improve the technology as we go based on user insights,” he says.

Soulopoulos says the $1.1 million raised is his business’s first large investment round, with smaller amounts raised in previous rounds providing enough money to build the technology the service needed but not much else. Soulopoulos declined to reveal Mad Paws turnover.

He says some of the money from this round will be used to grow the team, which currently includes himself, Christopher Nheu, Bas Van Den Bergh and Jessica Lomazzo.

“We are looking to hire three to four more people in the foreseeable future,” he says.

He says growth for Mad Paws is intricately tied with improving its understanding of the customer base, interacting with them and knowing how to expand on it.

“We recognise the power in customer-facing roles,” he says.

“The focus here is on customer-facing roles since trust and being close to the customer is so important.

“It’s not just about putting a pet owner in contact with a pet-sitter, there all sorts of things you can do to connect pet sitters (and build that trust).”

“The past 12 months we have experimented a lot with marketing channels,” Soulopoulos says.

“We’ve found ways to scale business and now we will spend more on marketing to bring the business to the next level.”

Soulopoulos says making the business scalable is the next big goal.

“It’s not like buying shoes in a shoe store, it’s about finding the perfect match between pet owner and pet-sitter,” he says.

“Figuring out how we can do that in smartest way possible and making it scalable the strongest part of growth plan right now.

“Only once we have this in place it will make sense to grow the team.”