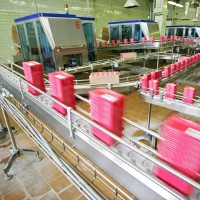 Manufacturer Seaford Plastics has collapsed into administration, a further victim of the downturn in the car industry.

Craig Shepard of KordaMentha was appointed as administrator last week.

Seaford Plastics manufactured plastic moulding which was custom made for the automotive sector and was also used in wheelie bins.

The factory employed 44 people but the administrators have stopped work.

Michael Smith, spokesperson for KordaMentha, told SmartCompany it was too early to say what will happen to the business but it will probably end up in liquidation.

“A few workers have been retained to help the administrators but we will probably need to sell stock to try and raise money for staff entitlements,” he says.

The collapse follows the warning by automotive product manufacturers that Toyota’s decision to cease manufacturing in Australia was likely to lead to an industrial domino effect hitting hundreds of small businesses.

Smith says Seaford Plastics was not a supplier to Toyota but was affected by the malaise in the industry.

“I guess the general downturn in the auto industry has hit that part of the business and it just couldn’t succeed,” Smith says.

A creditors’ meeting will be held on August 12.