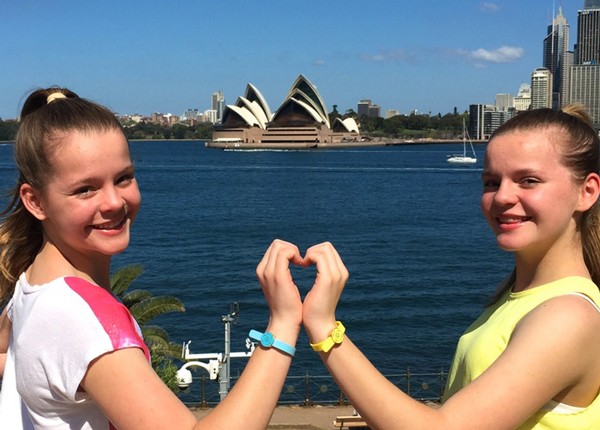 Two 13-year-old girls from Sydney are attempting to launch a line of fashion bracelets and fulfil their dream of running a business together.

While most teenagers are busy relaxing during the school holidays, twin sisters Summer and Piper Workman have launched a crowdfunding campaign to get their business idea off the ground.

The pair is asking the public to collectively pre-order $8000 worth of their bracelets to fulfil the minimum quantity requirements of their manufacturers.

They have already raised $400 in the first 24 hours of their Kickstarter campaign.

Piper told SmartCompany she and her sister have been hard at work over the past few months choosing samples and a manufacturer.

“We decided to do bracelets because unlike clothes they will always fit and it’s a lot easier to buy a bracelet rather than trying to pick out good clothes for a friend,” Workman says.

“We have been working all through the term and we decided let’s launch it on the 22nd of September because that’s our brand name.”

The teenagers chose the name 2WENTY2WO for their business because that is their birth date. 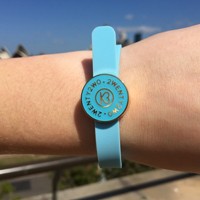 Summer told SmartCompany she would encourage other teenagers to put themselves out there and make their own products.

“Our advice would be just go with it,” she says.

“The great thing about Kickstarter is you know people will like it if it gets funded. If it doesn’t get funded, it wasn’t meant to be.”

Rebekah Campbell, founder and chief executive of Posse, told SmartCompany it is crucial for young people to be given the opportunity to learn about entrepreneurship from an early age.

“If you start pretty young, you get the idea very early on that you can do something,” Campbell says.

“When I was seven I sold flowers outside of my parents’ house. The first day I didn’t sell any flowers… but the next day I got balloons and so lots of people saw me and stopped to buy flowers. Then I had a little business collecting golf balls and selling them back to the shop. It starts very young and the more we can encourage kids to think about that, the better.”

Campbell says it is wonderful to see so much support out there for young people wanting to start their own venture or build their own product, but there needs to be more of it.

That way, kids will come to understand they have the option of starting their own business instead of just following a traditional career path, she says.

“You’ve got to give kids the opportunity to discover their talent,” Campbell says.

“Sometimes it might be sales or building, but they need those opportunities to experiment with entrepreneurship. Otherwise, they might never realise those talents existed.

Campbell says young entrepreneurs now have so many opportunities at their fingertips thanks to the internet and crowdfunding platforms such as Kickstarter and Pozible.

“Getting kids to think entrepreneurially is really important,” she says.

“If I hadn’t had those early experiences, I probably wouldn’t have continued with it. Our generation sold lemonade out the front of the house, but now you can access a much bigger market.”