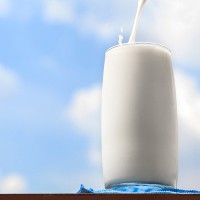 Australia’s dairy production industry is set to grow to $4.2 billion by 2019-20, representing an annualised growth rate of 3.9%, as debate heats up over the future of the Australian dairy industry.

The IBISWorld figures were released just days after Agriculture Minister Barnaby Joyce attacked milk being sold for $1-per-litre by the supermarket giants as a “great trick for a few years [that] will turn into a very bad business plan”.

According to Joyce, increased demand for dairy products from Asia will give farmers an alternative to selling milk at a low price to Coles and Woolworths.

This growth of export demand was cited by many analysts as a key factor behind the bidding war for Victorian dairy producer Warrnambool Cheese and Butter Factory, which was eventually sold to Canadian food giant Saputo.

According to IBISWorld, between 70% and 75% of Australian powdered milk is destined for overseas markets.

However, it is fresh milk for domestic consumption rather than exports of powdered milk that is set to drive the industry forward over the coming years.

Production of dairy alternatives such as soy or almond milk is also booming, having grown at an annualised growth rate of 5.9% from 2009-10 to 2014-15.

But the rapid growth in the market for milk alternatives remains far smaller than for dairy milk, with total revenues for 2014-15 expected to come in at $143.5 million.

Overall, average Australians are expected to consume 106.8 litres of milk per year, up from 103 litres five years earlier.

In terms of variety, Australians overwhelmingly prefer full-cream milk, drinking an average of 50.1 litres per person per year. This comes out ahead of reduced fat (30.6) litres), low-fat milk (4.2 litres), flavoured (10.7 litres) and long life/UHT milk (11.3).

IBISWorld senior industry analyst Ryan Lin told SmartCompany there are a number of factors leading to the growth rate.

“From a producer perspective, the whole dairy product industry is still recovering from the drought of 2009 to 2012,” says Lin.

“Dairy demand in Australia is growing – milk has always been a part of Australia. Improving consumer conditions have given rise to a growth in overall domestic demand.”

“From a consumer perspective, you have the $1-per-litre milk. But you also have a growing number of niche dairy producers giving consumers more variety, while the number of milk alternatives is also growing,” he says.

Lin describes China – and the growth of powdered milk – as an “interesting story” for the local industry.

”While China is actively flying over some niche dairy milk, most of the milk is sent over in powdered form and then it is often recombined,” says Lin.

Lin says investments currently being made will allow the industry to grow into the future.

“A lot of dairy producers are investing in their capacity, so there will be further capacity for growth in the years ahead,” he says.

However, the news is not entirely rosy for dairy farmers, with figures compiled by Dairy Australia showing the number of dairy farms in Australia has fallen by 71% since the 1980s.