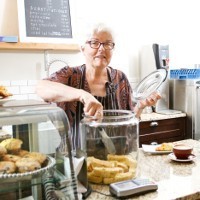 The number of older Australians participating in the workforce is rising, with an increased number of Australian women working past the age of 55, according to research from the Melbourne Institute of Applied Social and Economic Research.

The study comes off the back of the Intergenerational Report, which recently highlighted the ageing workforce and the importance of employers taking older employees into consideration.

The wide-ranging research, titled Two Decades of Change: The Australian Labour Market 1993–2013, shows the number of both men and women in the workforce over the age of 55 had increased significantly in the last two decades.

“Twenty years ago, older females had very low participation rates, so there was an enormous amount of scope for change there,” Wilkins says.

“Twenty of thirty years ago, younger women began heading into career-type employment … Those women are now aged 50 to 60, so a lot of the increase is reflecting that.”

Wilkins says the steadily increasing age of pension eligibility over the past 20 years is also reflected in the research.

Asked if this ballooning of an ageing workforce will continue, Wilkins says while it is speculative, there is “certainly still plenty of room for a further increase of older workers”.

“I would be surprised if it got up to levels [in other brackets], but there is considerable scope for a further increase in the participation rate of 55 and over,” he says.

“Firstly, employers need to consider the flexibility of work hours. Older workers will often want to work earlier and finish earlier,” she says.

“There’s also the consideration of learning styles. Online learning for example might not be the best approach for older workers.”

Lastly, Brouwers says there are other issues such as ergonomics, lighting and movement that employers should take into account.

“What small business employers need to realise is they don’t need to be experts, they just need to engage with their workers, because at the end of the day, they will be best able to articulate what they need,” she adds.