More than three million Australians now freelance: How to succeed on your own 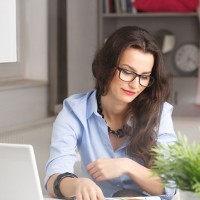 Around 30% of the Australian workforce is now freelancing and contributing up to $51 billion to the economy – and that number is only expected to grow, according to research published today.

The study, conducted by Elance-oDesk, found 3.7 million Australians freelance either on a full-time, part-time or casual basis. Around 19% juggle their freelancing on top of a full-time traditional job, a process known as “moonlighting”.

Gen Y and Baby Boomers lead the way when it comes to working independently and on their own terms, with a third of young people and over 55s freelancing. This is in comparison to one in four for other age groups.

Technology has made it easier for Australians to freelance, according to the study, with 59% of respondents saying technology has made freelancing more efficient than ever before. The internet has proven especially effective, with half of freelancers working online finding projects within three days or less.

“We had more than a third of freelancers saying they’re making more money now than before they started freelancing,” he says.

“People do it for a variety of reasons. I think they do it so they can choose which projects they can work on rather than being instructed.”

The most popular reason for jumping ship and diving into the world of freelance, according to the report, was to earn extra money. This was followed by having a flexible schedule and the ability to choose what projects to work on.

Theos says we can expect to see more and more people freelance in coming years.

“The connected era is removing barriers and liberating our workforce. A more diverse and flexible workforce will be the new norm.”

Cameron Rambert, freelance digital strategist and founder of Freelance Melbourne, told SmartCompany technology has definitely made it more efficient to be a freelancer.

“Online marketplaces are certainly helpful to newcomers because you’ve got this guaranteed demand constantly that they can tap into,” he says.

“It’s hard to find enough work to keep yourself sustainable. But the reality is there’s always work available.”

Rambert worked at an advertising agency for a number of years before striking out on his own. He says the most important piece of advice he would give to someone considering freelancing would be to have realistic expectations.

“In a nutshell, you want to be really selective with your clients,” he says.

“You don’t want to bid for clients where price seems to be the biggest factor. I found that by being on these platforms and charging $30-$40 extra an hour helped my position a bit. It made me appear as a premium supplier and the local factor was a huge part.”

Rambert also says he highly recommends freelancers use trial arrangements to test the waters with clients.