Nabi Saleh’s $163 million pay day for Gloria Jeans: What it means for franchisees 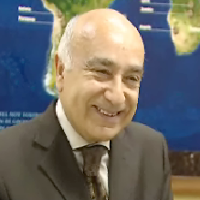 The move will consolidate RFG’s presence in the growing Australian coffee market, having splurged on acquiring mobile coffee chain Cafe2U in August and scooping up The Coffee Guy Group in 2012.

RFG will acquire the global Gloria Jean’s business – a whopping 800 franchised outlets across 40 countries – all intellectual property assets, operational management of the Australian and USA regions, wholesale coffee roasting operations in Australia and the USA, and all associated plant and equipment.

The $163.5 million deal will be payable to Gloria Jean’s executive chairman Nabi Saleh’s private company, with $153.5 million paid out in cash and another $10 million in RFG shares.

Saleh, who is also an elder of the Hillsong Church, has committed to remain with the business for a minimum period of two years after completion of the sale.

A recent IBISWorld report reveals the move will give RFG a growing hold on the fragmented Australian cafe market, largely made up of smaller, independent players.

The report shows Gloria Jean’s currently holds a 3% share of the coffee shop market in Australia, while Michel’s Patisserie also had 3%. The only chain to hold any larger slice of the sector was the Coffee Club, at 4%.

The $4.3 billion-dollar coffee industry is expected to grow by an annualised 3.2% over the next five years.

Meanwhile, the acquisition follows confirmation last week director of franchise Gary Alford was forced to write to its Michel’s Patisserie franchisees to address anonymous complaints about rising costs over the rebranding of the chain.

SmartCompany understands at least two Michel’s Patisserie stores are operating at a loss and such added costs are creating financial hardship for a number of franchisees.

“In the short term, it will likely mean business as usual for the franchise,” says Gehrke.

“But in the long term, it could mean [franchises] can tap into the improved supply chain by being part of a larger network and it may have an impact on their cost of goods.”

Gehrke says the takeover could even have positive flow-on effect for the rest of the group.

He says some franchisees may be understandably nervous about the change of management.

“Franchising is about change but the most fundamental change is that of ownership and leadership,” he says.

“Franchisees can feel very unsettled. Any new owners would obviously move quickly to reassure franchisees across the network they have acquired that it’s business as usual and that any changes will be done so in consultation.”

However, franchise consultant Howard Bellin told SmartCompany he questions the benefits for both RFG and Gloria Jean’s franchisees, saying the chain appears to be struggling, given the presentation and upkeep of many stores.

“You’ll often see a light fitting blown [in a Gloria Jeans]… You would never see that in a McDonalds,” says Bellin.

Had a business meeting with him years ago as a representative of Hillsong without realising his background. One thing it did establish, religion as propagated by their sect or cult, is nothing more than happy clappers making insane money for snake oil salesmen.