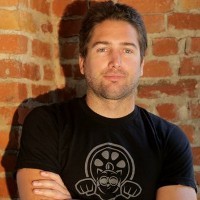 Australian startup Nitro has announced it has raised $US15 million ($A17.26 million) in a Series B financing round led by Battery Ventures, a partnership that will help guide the company towards an initial public offering.

The funds will be used to accelerate the company’s international growth, with a significant portion going towards hiring new staff and building the infrastructure to support the startup’s Nitro Cloud product. Nitro plans to grow its workforce from 160 to 500 over the next three to five years, and open data centres for its Nitro Cloud product in Australia and Europe next year.

It takes the startups total capital raised to date to $US21.6 million. It previously raised $US6.6 million in Series A funding from Starfish Ventures. It’s on track to generate around $US30 million in revenue this year.

Nitro founder and chief executive officer Sam Chandler says the Nitro team chose Battery after narrowing down potential partners to a shortlist of around 12, a process that took between three and six months.

“They all had specific experience in enterprise software-as-a-service, with a track record of investing in companies like Nitro,” Chandler says.

“The main reason we really zeroed in on Battery Ventures from the get go was the experience in the Battery team.”

Battery general partner Michael Brown, who was responsible for the firm’s investment in ExactTarget which sold to Salesforce for $US2.5 billion last year, joins Nitro’s board of directors.

“We knew we were getting someone with a multi-billion exit track record, and experience scaling through tens of millions of revenue,” Chandler says.

Nitro isn’t targeting an exit like ExactTarget, for the past year or two the startup has been focused on a potential IPO.

“Getting Battery aboard is a really key step in that process,” Chandler says.

“Last year we got together and thought about hey what do we want to do from this point and one of the things we all coalesced towards was this prospect of raising a significant amount of money from a really great firm that could be a very strategic partner and help guide us towards an IPO a few years down the track.”

What the raise values the company at was not disclosed, but Chandler says it’s a solid valuation that’s “clearly what we wanted, or something like that”.

Brown says every business knows the pain points in effectively sharing documents and using them to collaborate with others, both offline and online and Nitro is solving those universal problems.

“It’s exciting to think we’ve only just scratched the surface of this significant market opportunity and Battery is delighted to partner with the Nitro team to deliver on the company’s vision of bringing smarter documents to everyone,” he says.