Not stationary: Kikki.K to expand to London and New York, using funds from private investors 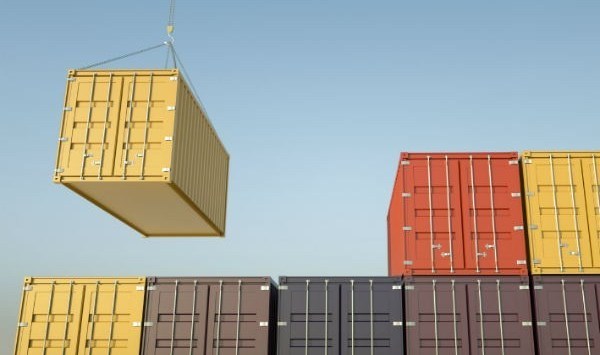 Melbourne-based stationery chain Kikki.K is poised to expand into Europe and the United States and will consider raising the funds needed for the expansion from new and existing investors.

The first two Kikki.K stores in Britain will open before Christmas and the Scandinavian-inspired retailer is scouting for potential sites in New York, according to Fairfax.

The international expansion is being driven by burgeoning international demand among social media users and online shoppers and is a strategy that is “hard to fault” according to one retail expert.

Kikki.K was founded by Kristina Karlsson and partner Paul Lacy in 2001 and currently operates 80 stores in Australia, New Zealand, Singapore and Hong Kong.

Lacy told Fairfaxthe duo have ruled out taking the popular brand public and have turned down previous takeover offers, but they are speaking to minority shareholders and venture capital firms about the possibility of raising additional capital to fund the international expansion.

“We have some terrific investors we’ve partnered with over the years, we’re working with that group, and we’ll probably raise a bit more capital at some point,” Lacy said.

“We have also had some approaches from people in San Francisco, Boston, the UK, Hong Kong and Australia; we are sorting through that to find who would be great for us to partner with on this next step.”

“The idea is to work with people we have a great cultural match with and who understand the brand very well. We want to work with the world’s best.”

According to Fairfax, Kikki.K’s annual sales are estimated to be close to $60 million and previous investors in the company include Boost Juice founder Janine Allis, the Myer family and former Jurlique managing director Sam McKay, who serves as the company’s chairman.

Other investment has come from Westpac director Alison Deans and 333 Capital, the investment and advisory arm of KordaMentha.

David Gordon, retail expert and managing partner at LZR Partners, told SmartCompany this morning Kikki.K is not the only brand utilising its social media following and online sales data to “determine where the most appropriate demand would be” for its products.

“It’s not only happening with retailers going overseas, but those looking for sites in Australia itself,” he says.

“You can’t really fault them for wanting to expand there.”

Gordon believes Kikki.K may be approaching a stage of “saturation” in the Australian market and it may become difficult to continue growing locally through new store openings.

“The fact that it has investors, it might indicate at some stage these investors would be looking for an exit and therefore to expand overseas successfully, [Kikki.K] would need to provide a type of ‘blue sky’ for a potential acquirer,” he says.

“With the nature of the product and the market it is trying to attract, [Kikki.K] might open another 10-20 stores in Australia but not an awful lot more,” Walker says.

Walker describes Kikki.K as a “very niche” offering and says the stationery market in Australia, while it’s “the new black” of retail, is a neatly segmented market.

Both Walker and Gordon highlight the international expansion of children’s stationery chain Smiggle as an example of a company in the stationery market that is finding its feet internationally.

“Smiggle seems to be doing a very good job of expanding overseas and has publicly announced plans to look at many new sites in the UK,” Gordon says.

“Cotton On also stands out and there are numerous other private retailers that have expanded in south-east Asia.”

“Expanding into the UK could be a different story.”

Gordon says the questions for any local, private business looking to expand overseas are “does it have the roll-out and supply chain capability? Does it have the branding or the brand engine to compete overseas”?

“The Australian market is not going to get any lighter in terms of competition,” he says.

SmartCompany contacted Kikki.K but did not receive a response prior to publication.