One year on: Ruby and Ollie’s co-founder Rebecca Glover on life after Shark Tank 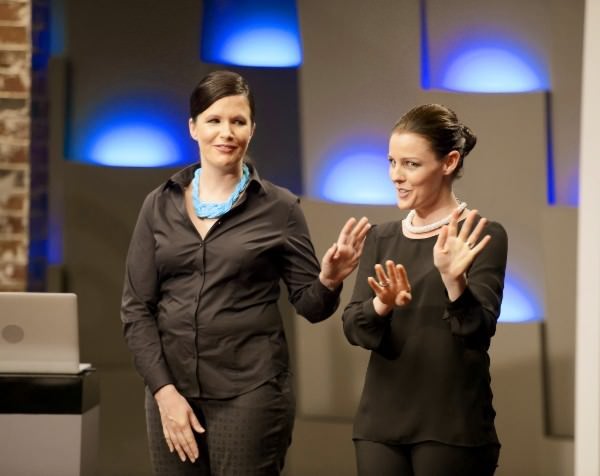 Rebecca Glover and her business partner Leah James are about to open the doors of their first all-abilities childcare centre, Ruby and Ollie’s.

It’s been a busy 12 months for Glover and James, after the pair appeared on season one of Channel Ten’s Shark Tank to pitch their business, which was then called Hummingbirds.

After reducing the sharks to tears, Glover and James secured investments from sharks Steve Baxter and John McGrath, scoring $80,000 in exchange for 25% of their business, with each shark taking a 12.5% stake each. .

Ruby and Ollie’s is the first all-inclusive childcare centre in Queensland and aims to offer tailored childcare for children with developmental challenges.

The centre, which is located in Alexandra Hills, offers development centred curriculum, such as braille educative kits, and a quiet ‘Cosy Dome’ for overstimulated children.

“We’re about to open the first centre, and we’ve been absolutely inundated with interest,” Glover told SmartCompany.

“We’ve had 87 applications from parents within the region, and a whole lot more support from parents across the country.”

Glover says the duo is planning to open another centre in Northside once this one is “grounded”, and there are plans for further expansion after that.

“There is need everywhere, so we want to keep expanding,” Glover says.

The first centre is a smaller model, only accepting eight children for their full-day programs, with more spaces for before and after school care.

Although this model is easier to replicate, Glover says that the plan is to expand to accept more children.

“We wouldn’t want more than 21 children, it would be too hard to handle beyond that,” Glover says.

The small size of the current Ruby and Ollie’s centre is due to various regulations that Glover says have been difficult to deal with while establishing the centre.

“This is something new in the state of Queensland, and we’re outside of the regulations that apply to traditional services,” Glover says.

“Although we’ve been held back by these regulatory challenges, we do understand they’re there for a reason.”

Although its been a long time since the pair’s Shark Tank pitch, Glover says that the two sharks who invested have been very helpful.

Baxter, a Brisbane local, came to visit in April and has been providing support and mentoring.

“The sharks have been really great. They were more hands on in the beginning where they helped us sort out our marketing and got our web up to date,” Glover says.

“They’re both always available for support and mentoring.”

After the pitch was aired, Glover and James were overwhelmed with support and investment offers.

“We had to take a bit of a step back, return to our roots, and then started to move forward again,” Glover says.

“We’ve had so much community support, and a lot of support from the Anglican church and parish council members.”

Glover’s advice to other entrepreneurs seeking investment is to believe in yourself and know your numbers.

“They will want to know their investment, so know your customers, and know your demographics,” Glover says.

“Investing in a company is a big commitment.”