Online freelance market is like “eBay in 1997”, says Matt Barrie 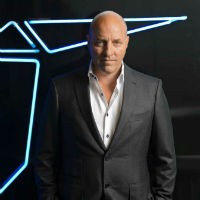 Freelancer is dropping its minimum jobs price from $US30 ($A32.30) to $US10 ($A10.70) to make its platform more accessible to users in both developing and developed countries.

The company announced its financial result for the first half of the 2013-14 financial year today, with record revenue of $11.9 million, a 41% increase on the same period last year.

The company posted a net operating loss after tax of $600,000, which Barrie says was the result of accelerated re-investment in future growth and expanding its international footprint.

Freelancer currently has almost 12 million verified users. Freelancer CEO and chairman Matt Barrie says last year it added three million users, three out of four of which were from the developing world.

He says dropping the minimum job price to $US10 will make Freelancer more accessible to the roughly five billion people that are earning less than $10 a day.

“A huge amount of people can now work in tech, in areas where it would normally be unavailable to them,” Barrie says.

“It’s basically enabling people to rise up out of a low standard of living, and in some circumstances poverty. It’s allowing them to create businesses and put money back into their local economy.

“We continue to have the same strategy, to have the widest selection of freelancers at the lowest prices.”

The company added 1.8 million new registered users, up 54% on the corresponding period last year, while there was also growth in projects and contests posted, which were up 30% on last year.

“We have continued to focus on re-investment in key areas of the business, such as product development, to drive future growth in the company’s broader marketplace offering and executing on strategic acquisitions where appropriate.

“The half-year results are extremely pleasing, with all key metrics in the online marketplace growing strongly and all categories of work within the marketplace performing well.

“The record revenue result is a measure of this performance as a whole.”

Barrie says for the rest of the year the company will continue to focus on improving scalability, strengthening the team, expanding its marketplace, product development particularly mobile, and expanding across regional and multilingual markets and job categories.

“The company expects growth to continue for the foreseeable future,” he says.