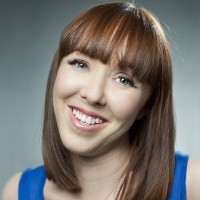 Online shopping network Posse has raised $1.5 million from investors and may soon be leveraging its network of 50,000 shops and 110,000 shoppers to partner with other tech startups looking for customers in the retail technology space.

The startup launched in 2012 as a customer recommendation app, where users create virtual streets of their favourite places to eat, drink, and shop, and share these collections with their friends.

This latest round, raised by internal and external investors, brings the total amount of funds raised to $4.5 million.

The fundraising will go towards accelerating growth and marketing the platform.

Posse has also negotiated a partnership with Mi9 which will be rolled out in the next couple of weeks.

“The app first went live in March 2013, the website went live a few months earlier, we’ve been improving it and now we’re at the point where it’s growing at 18% per month naturally, and there’s engagement,” Campbell says.

“And we’ve never done any marketing before. We were obviously just kind of getting the model and the product right first.”

Campbell says the real value of Posse is the network that it’s built.

“There’s a lot of different startups, and other businesses that are not startups, that are offering interesting services to retailers because of the new technology available,” she says.

“The challenge everyone is facing is they have to build a network of consumers and shop owners.

“Signing up shoppers at day one can be very expensive, and it’s very hard to build a network that way.

“It’s very hard to give a shopper enough of an incentive to use an app if there’s not enough shops using it.

“So we’ve been talking to a bunch of different people and we’ve got stuff in the pipeline.”

While Posse is talking to potential partners, it’s also investigating the possibility of adding new services on its own, but is still working out what they might look like.

“A range of interesting products are providing a cluster of new solutions to merchants, as mobile and now beacon technology changes the way we shop,” she says.

“We built our network first; soon both merchants and shoppers will have access to a much wider range of services than they do today.”

Posse began in the music industry as a community of bands and fans, but Campbell says because it was difficult to scale, it was then sold to Future Music, who still operate it in its original incarnation at futurefans.com.au.

“So we thought we’re going to apply the same thing in shops.”

Google Maps founder Rasmussen has been a supporter throughout the transition.

“It’s been awesome to see that the principles underpinning what we built in music are now being used to help shop owners build relationships with their loyal customers,” he says.

“I’m thrilled to see the network taking off and can’t wait for the next phase.”