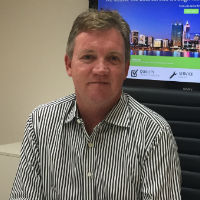 Peter King admits KP Electric’s beginnings were humble, having launched the electrical contracting company in 1995 with one cheap Mazda van and $100 cash, but he says he always had his eyes on the bigger picture.

“I had fairly big plans from day one,” King tells SmartCompany.

Owning an impressive national business wasn’t just a daydream for King. He’d sat down for six months to map out a comprehensive plan for the idea before hitting the road in the Mazda – a way of life for the ex-pilot.

“With flying, everything is pretty planned, there’s not too much left to chance,” says King.

“[Extensive planning] was something that became quite normal to me.”

The detailed roadmap to success included gaining an intimate knowledge of the market, working out KP Electric’s point of difference and deciding where the business wanted to go and how it could get there.

“I wanted to understand what my personal motivation was and what my goals were before starting up a business,” says King.

“I could achieve a well-above average income through flying, but I wanted to do something even better than that when I started a business.”

Fast forward 20 years and, nation-wide, KP Electric now turns over of more than $32 million annually and employs 180 staff in 14 offices across the country.

King chats to SmartCompany about how his plan allowed him to scale the business to a global level and what his advice is for budding entrepreneurs.

Both early riser and a late finisher, King is known to put in 13-hour days in the office, getting in at 6am and out by 7pm.

“Twenty years later and I still thoroughly enjoy what I do,” he says.

Skipping breakfast, King begins his day with a cup of tea and newspaper in hand to check the overnight markets.

Like any managing director of a large-scale 24-hour seven-day a week business, there’s no such thing as a typical day for King, but he’ll spend much of his time in meetings with key people from his management team.

”I’m also heavily involved in business development, bringing on new business, and I’ll spend quite a bit of my weekly time working around strategy issues,” he says.

King is also involved in high-level recruitment and says one of the best pieces of advice he can give to business owners is to cultivate “impeccable recruitment”.

“The best advice is to create the best incentive packages and keep staff actively and emotionally involved in the company,” he says.

King admits he had to learn to take a step back from KP Electric as it grew and being able to rely on a good team was what allowed him to do so.

“Like any business owner and founder, I like to keep my eye on things I probably shouldn’t. They have to say to me, ‘Don’t worry Pete, we’ve got that under control’,” he says.

King’s other advice for business owners is to “not get fat” when times are good and to use profit, not revenue, as your barometer for success.

“It’s not the size of the turnover makes a great business,” he says.

“It’s about building something with a long and prosperous future.”

King says he believes a good work-life balance is about deciding on your priorities.

“I wanted to work seven days a week, that was minus, but the plusses were the financial benefit and creating something you’re personally proud of,” he says.

“It depends how hungry you are. For some people the plusses outweigh minuses, but I really enjoy work,” he says.

When he does get some time to himself, you might find King boating on Sydney Harbour, cooking up a storm or spending time with his partner Jill and their miniature Maltese dog, Milly.

King says the huge amount of growth the business has achieved since launching 20 years ago is “just the tip of an iceberg”, as KP Electric prepares to expand internationally.

King’s first move will be into the New Zealand market within coming months; a similar market to Australia that King says will be relatively easy to adjust to.

But he says the importance of planning will again play a role as KP Electric looks at bigger international markets.

“There was significant planning to be done when we went from running a national business as opposed to a local business – communication issues and working out how to run things on a larger scale. The same is to be said of our global aspirations, when we take things up another level,” King says.

And while King admits he doesn’t spend too much time looking at how far the business has come since day one, he says the planning he did from the beginning stages has got KP Electric where it is today.

“We’ve developed a business model, robust enough to take us any wherever we want to go,” he says, encouraging other business owners to take the time to look at their own business plans.

“Anything without a plan is doomed to failure.”