Private equity investors eye off key Australian industries – is yours on their list? 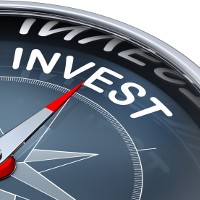 Australia’s top private equities investors assembled in Melbourne yesterday, revealing the key industries they have in their sights to add to their portfolios.

During a panel discussion on Thursday morning at the Australian Private Equity and Venture Capital Association Alpha Conference, several of Australia’s top names in private equity discussed the sectors they believed investors will be looking at in the coming years.

Earlier in the morning, Eugene Snyman from investment advisory firm Cambridge Associates had told the audience the private equity market was performing strongly in Australia, keeping up with the US and Western Europe.

He also pointed to figures showing returns in the private equity market have outperformed the public sector by 100 basis points over a 10-year period.

Off the back of that success, investors are showing no sign of slowing down in the coming years.

While the panellists all agreed private equity investors were notoriously particular about which investments they chose and did a remarkable amount of due diligence before opening their wallets, each pointed to an industry or industries they believed had big return potential.

SmartCompany takes a look at the sectors that private equity market has in its sights.

Simon Barrett, partner at global management consulting firm LEK Consulting, placed digital disruption so far at the top of his potential investment list he thought it was hardly worth detailing why it was such an important space for investors.

“Digital disruption is obviously number one so I won’t go into that,” says Barrett.

Earlier in the day, several ‘disruptors’, including Jane Lu from innovative shoe store Shoes of Prey, had described how technologies such as 3-D printing were allowing them to shake up their various industries and attracting investment.

Tim Martin, partner at Crescent Capital Partners, also said wealth management would be an industry he would add to his portfolio, adding that the life insurance sector was also attractive.

Smith also pointed to international education as a rising sector with huge potential in the Asian market.

“With rising standards of living in Asia, Australia could carve out a greater share of international students,” says Smith.

Both Barrett and Smith said while agricultural business had been touted as a rising industry for years, they would look seriously at investing in agri businesses that showed potential to be taken overseas.

“Australia has not organised itself well to exploit agri business,” says Barrett, who admitted there were seasonal and climatic risks that stopped investors throwing money at the sector.

But Smith pointed to New Zealand’s success in the sector to demonstrate the potential that still lies in Australia.

Smith said tourism was at the top of his list of Australian sectors with potential, especially those businesses that can take advantage of Chinese tourism.

He said Tourism Australia statistics show Chinese tourism is expected to increase by 11% this year.

“For me, [I would look at] a company that specially services Chinese tourists. There is still value there for the next three or five years.”

Martin also tipped healthcare as a rising industry, pointing to the recent success of a number of Australian companies.

Martin, who recently added Australian bag company Crumpler to his portfolio, said he would also look at any brands with a strong local presence.

“I would look at a good-quality branded business that has done well in Australia and has the opportunity, but perhaps not the capital, to grow overseas,” said Martin.