Productivity Commission retail scorecard: Costs of doing business in Australia exceed costs in UK and US 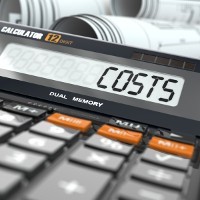 The commission’s study, titled Relative Costs of Doing Business in Australia: Retail Trade, found that while some of the costs faced by the more than 133,000 retail businesses in Australia are driven by “geography, markets and commercial decisions”, the ability of the same companies to innovate is being curtailed by “several regulatory regimes that unnecessarily inflate their costs”.

The report picked out restrictions on trading hours, the supply of retail space, transportation of goods, utility charges and liquor licensing as areas that contributed the most to inflated costs for retailers.

While the commission found retail wages are the single biggest expense for companies in the sector, making up 47% of the cost of doing business, it said any review of labour costs should be left to the federal government’s mooted review of workplace relations.

Instead it nominated restrictions to trading hours and planning and zones regulations as the “two major restrictions that still need to be addressed”.

Russell Zimmerman, executive director of the Australian Retailers Association, told SmartCompany “some work needs to be done on trading hours”, but he said it’s “no great surprise” for the commission to find retailers are increasingly under pressure from rising wages costs.

“The question is, what are we going to do about it?” he says.

“I would hope the Fair Work Commission takes some of these increased costs into account,” he says of the government’s mooted review of workplace relations.

Zimmerman says the report clearly shows the costs of doing business for Australian retailers are much higher than other countries, including the UK and the US.

This is particularly the case when it comes to clothing retail, with the report showing Australian retailers’ costs are almost double those of their US and UK counterparts. Zimmerman says the only sector in which the cost of doing business in Australia is lower than the US and the UK is in food retailing.

The Productivity Commission’s report will now be handed to the government and while Zimmerman says it is essential Australia has “a full, open and frank discussion about retail trading hours”, there are two other issues at the top of his wish list: high occupancy costs, particularly in neighbourhood and regional shopping centres, and wages.

“They are the two things that stick out that are contributing to the very, very high costs in retail,” he says.

And this time around, Zimmerman is hoping to see less conversation and more action as the playing field between Australian retailers and their overseas counterparts is certainly not level.

“What we see out of all these reports is a lot of paper,” he says.

“It’s all nice and well but there needs to be some action taken on it.”