Putting the LA in salad: Aussie franchise Sumo Salad to take on the US market 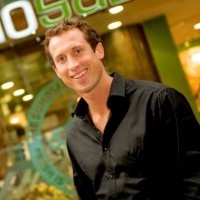 The move to the US market for Sumo Salad, a former Smart50 finalist, will be somewhat of a homecoming for the business, as it was there that founders Luke Baylis and the late James Miller were both inspired and disgusted by their exposure to the American fast-food culture, and wanted to make a change.

“It’s an amazing opportunity to be in the US, especially as it was here over a decade ago that the idea was born,” Baylis said in a statement.

“We are very proud to have come this far, and it has taken a long time to get the concept right, but we’re now ready to take on the US market.”

Retail expert Brian Walker, who says Sumo Salad is still “underdone” in Australia, told SmartCompany: “They grow where they have a natural imputation to grow; current trends towards fitness and healthy eating make them very appealing to a wide range of people.”

“They’re very affordable – under $10 takeaway meals – their health food positioning is very good, they’re cashed up and have a low cost model for a franchisee.”

Walker believes these factors will contribute to Sumo Salad’s success in the future.

“The world is changing, markets are increasingly accessible for a number of reasons, technology is much closer, people are more aware and demographics are better understood,” he says.

Walker believes Sumo Salad must be certain the time is right for it to expand to the US through an “early adopter move”, so it can beat its competitors to the lucrative US market.

Already, Sumo Salad has more than 100 stores in Australia and 11 international stores in New Zealand, Singapore and Dubai as well as an expansion store in Brazil as of January 2014.

In 2015, Sumo Salad plans an “aggressive” expansion plan in its already existing networks.

“We are doing better than expected [in South America] and if it keeps going at this rate, we will look to expand further over the next few years”, Baylis said.