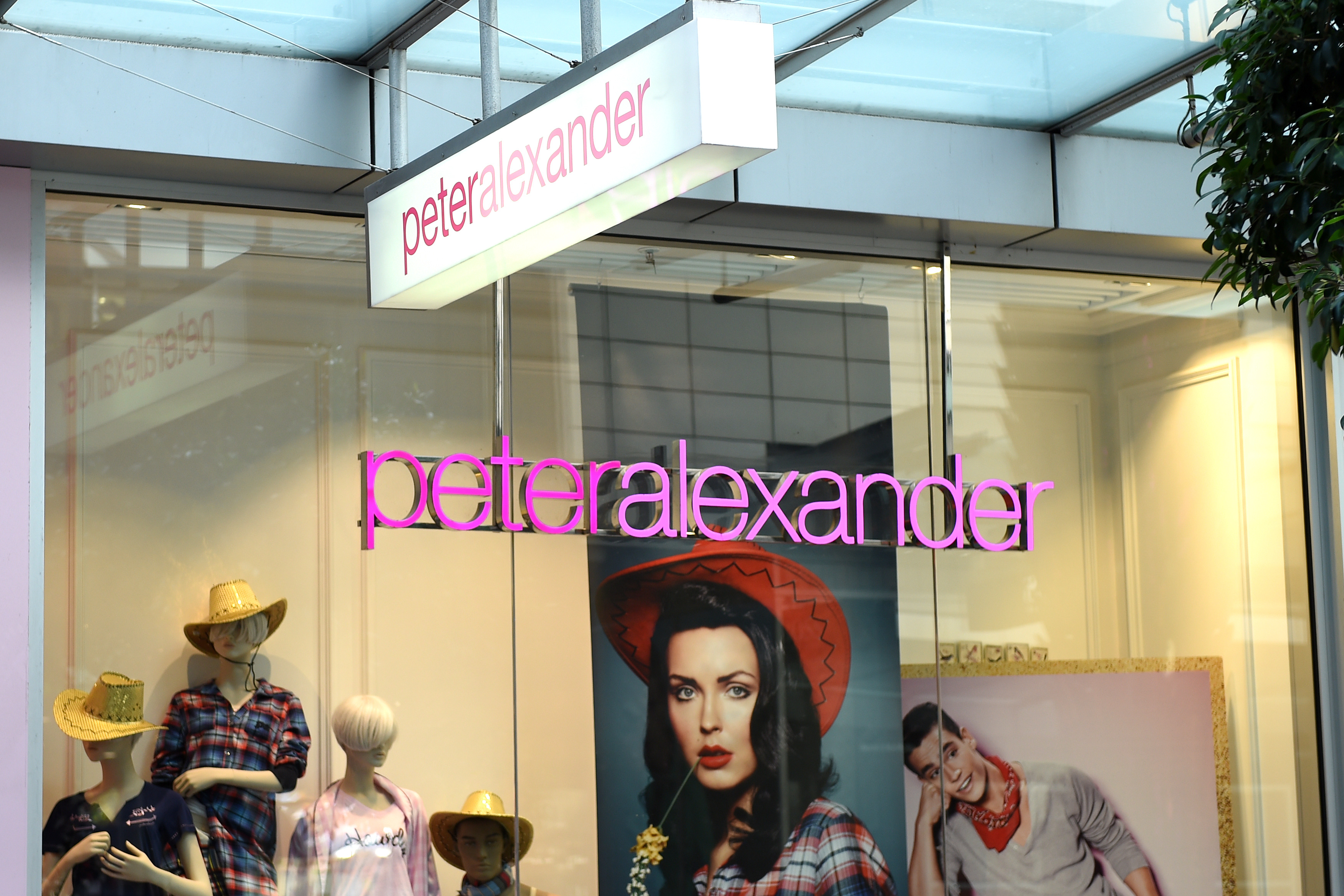 Bricks-and-mortar retail stores need to sell brands instead of products if they are to thrive in the digital age, according to pyjama king Peter Alexander.

Speaking at a breakfast event hosted by the Victorian Chamber of Commerce and Industry in Melbourne this morning, the fashion icon reminisced about starting his business back in the 1980s from his mother’s dining room table.

The entrepreneur, who sold his company back in 2000, also shared his thoughts on how budding business owners can find their own success, beyond just being “really good in bed”.

1. Don’t let others hold you back

Alexander says he didn’t do very well when he started school because he has dyslexia.

“This was in 1968, so learning disabilities were not very well understood,” the fashion icon says.

“They just thought I was stupid. So from a very young age I was always told I wasn’t very bright.”

However, Alexander points out he never liked being told what he can and can’t do, which ultimately lead him to start his own business.

People don’t need to spend money on expensive products, according to Alexander, but they certainly want to.

It’s a retailer’s job to give people a reason to open their wallets, he says.

Alexander says he was holidaying overseas with his family in his early twenties when he decided he really wanted to spend $80 on a pair of pyjamas.

“I thought about why they were attractive to me, someone who doesn’t wear pyjamas,” Alexander says.

“And I realised they reminded me of my childhood at a time when life was very innocent. There was something about these pyjamas that made me smile.

“And I thought, if that emotional connection can suck me in to spending $80 on pyjamas, perhaps I can sucker all you lot into paying $80. And it worked.”

Alexander says his business got a lot of media attention in the early days, which made people believe the company was much bigger than it actually was.

“But we were just working from my mother’s dining room table,” he says.

“When people used to call to order pyjamas, they used to get very surprised if Peter Alexander actually answered the phone. So I made up a few personas – I was Matt, the customer service person and then I would say I’ll pass you through to Jim at the stock room. My mum was Janelle at accounts.”

“So we really fluffed our way through business and did what we could. We were two idiots doing everything you could possibly do.”

4. It’s okay to have growing pains

Every company has cashflow problems in the early days, according to Alexander.

In fact, the sleepwear king didn’t pay himself a wage for about five years.

All the money earned when the company was just starting out was reinvested back into the brand.

“My business was getting bigger and bigger and customers were demanding more and more of the company,” Alexander says.

“I was freaking out because I didn’t realise you have to keep loaning more and more money and putting yourself in debt when your business is growing. You tend to constantly owe the bank $100,000 and then suddenly you’re rich and suddenly you’re poor. It was very, very strange.”

5. Know when it’s time to pass over the reigns

The Just Group, which owns brands such as Just Jeans, acquired the Peter Alexander business in 2000 for a few million dollars.

Letting go of his “baby” was hard, but Alexander says he doesn’t regret selling his business one bit.

“The business was going too well for me to handle,” he says.

“I realised I was the brakes on the brand… People often say to me, god, aren’t you upset? You could own this company that turns over more than $150 million a year. But that’s not true, I would never have done that.”

Alexander says in this day and age, there are so many retailers in Australia selling the same thing.

In addition, there are so many online stores offering products at a lower cost.

As a result, Alexander says retailers need to grow a loyal customer base through not just an excellent product but an excellent in-store experience.

“We opened up the first store and it just did so well,” he says.

“Now we have close to 100 stores in Australia and New Zealand. It’s interesting to see how it’s gone into [physical] retail, but it was a challenge.

“I think what we did was focus on how we’re going to get the brand essence from the catalogue into the retail environment. But I think we’ve done a really good job – if you walk into a Peter Alexander store you can smell it, you can touch it, you can have a laugh.”