Re:Capital gobbles up Aussie marshmallow and snowball manufacturer with 150 staff 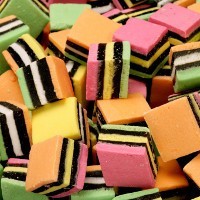 Betta Foods employs 150 staff and is based in the Melbourne suburb of Broadmeadows. Last year it turned over $35 million.

The sale price is confidential but Betta Foods will now be owned by holding company The Confectionary Innovation Group.

“We see food manufacturing in Australia as a good positive moving forward,” he says.

“Part of that strategy is that we think it’s an ideal time for Australia to contribute to being the delicatessen of the world.”

“The structures and processes are the same and there’s lots of synergies,” he says.

Campbell plans to keep on all of Betta Foods’ staff and says it will be “business as usual”.

Since Re:Capital bought Hiller’s Chocolates Campbell says staff numbers have been increased by 30 and turnover is up 20% by “re-engaging the customer and being innovative”.

“We believe manufacturing is a good space to be in right now and we are looking forward to having some fun,” Campbell says.

“For us there are a lot of SME businesses in this space which really do benefit from having size behind them, there are economies of scale,” Turner says.

“These products are being sold to a very similar customer base and to suddenly have a broader sales force combining the two gives a great boost.”

Turner says Re:Capital isn’t stopping with these two acquisitions, with “a few other on the cards”.