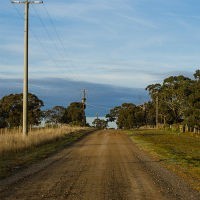 Confidence in the year ahead is patchy for small businesses in Australia, with regional companies more worried about the economy and their future viability than their metropolitan counterparts.

Fifty-one percent of SMEs are feeling positive about what 2015 will bring, down from 53% last September, according to the latest instalment of the Sensis Business Index.

While the confidence of regional businesses in Victoria, WA and the Northern Territory was above average, SMEs in regional NSW and Queensland were the least positive and dragged down overall confidence.

Sensis chief executive John Allan told SmartCompany many regional SMEs are doing it tough in comparison to their metropolitan counterparts.

“When you drill into that and ask why you get issues particularly around sales,” Allan says.

Allan says after crunching the numbers, Sensis found the health sector, finance and transport industries were generally the most confident about the year ahead.

“However, what’s dragging [the index] down is actually the manufacturing industry, construction, retail and hospitality,” he says.

“Those industries are less optimistic and that is what is bringing down the overall score. There are definitely concerns about employment in manufacturing… of course the car industry and its impact on manufacturing in Victoria is clearly a concern.”

Allan says exchange rates could also be to blame for poor confidence from some retailers. However, this may change during the year.

“That could well improve with the US dollar dropping, but right now it’s not flowing through to import retail sales, particularly in regional Australia,” he says.

“There is certainly a recognition that the government is reducing red tape and that is welcomed by SMEs but they would like to see more of that – no doubt,” Allan says.

“They would also like the government to do more to affect consumer confidence.”

However, SMEs can and are doing a lot to support themselves, according to Allan, with a clear digital strategy “the real key”.

“Businesses that we see having a great success really understand their consumers and consumer behaviour,” he says.

“They are using things like social media, online retailing and ecommerce to understand what their consumers are doing and interacting with them in a way that is helping them to grow their business.”