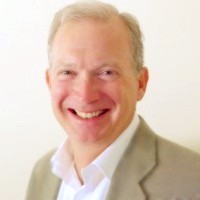 Back in 2005 when Paco Underhill wrote his second book, The Call of The Mall, the world of retail and large shopping malls was rosy. However, Paco, the world’s pre-eminent authority on the psychology of shopping, was already challenging the role of large malls in the minds of shoppers.

In 2005 there were almost 1200 regional, large enclosed malls in North America. Fast forward to 2009, and we saw the collapse of some of these enclosed mall operators, and tumbleweed blowing through small regional strip malls across North America. Centro in Australia, amongst others, also teetered on the brink of receivership.

From 2009 to 2015 we have seen a significant slowing of development in out-of-town retail space, especially in big box and large mall formats around the world. Well, not so much in China, but that’s another story.

So after the announcement of the merger between the Gandel family’s Novion and the Centro “Phoenix” Federation Centres, I sought out my well-worn copy of The Call of the Mall. It’s a signed copy given to me by Paco, as thanks for a dinner I hosted for him at the Broadmoor in Colorado Springs in 2009.

Re-reading his observations on the role and nature of the mall, and looking at developments in omni-channel retailing and retail technology over the past decade, gave me some insights into the challenges faced by major mall operators in general, and the newly merged 102 mall Novion/Federation, specifically. Not around the proposed $84 million in operational savings, but the shoppers and retailers in the mix. The two sets of stakeholders that rent the mall space, and spend money in retailers to allow them to pay the rent.

In 2014 I walked around 100 malls in Australia, Singapore, Dubai and the UK.  From brand new malls to one that was more than 700 years old. I’ve visited the world’s largest malls – each vies for the title, West Edmonton Mall and the Mall of America – and perhaps the weirdest one on the state border of California and Nevada between LA and Las Vegas. I photograph, video and voice record my observations as a shopper. I also talk to shoppers and retailers about their experience in the store or mall. The retailers are store associates, professional managers of chain outlets or independent owners. So here are my observations around mall retailing in 2015, and perhaps some of the areas that may need to be addressed by some mall operators.

Mall retailing at its best is bright, vibrant and noisy. They capture the shopping essence of the best of the old world souks and bazaars with sounds and smells and luxurious wood, marble and steel enhanced by climate control. People meet, walk, dine, shop and are entertained. They really are a destination for shoppers, and offer genuine choice over a sporting event or a movie. On average, shoppers drive between eight and 40 kilometres to visit their favourite mall.

Paco describes the worst mall as just bland and featureless outside, with an entrance that looks like “a big wall with a little mouse hole”. Inside they are “big, beige and boxy”, defined by straight lines, with nothing allowed in the common areas other than perhaps a few yellow plastic A-frame “Caution. Wet floor” signs to warn shoppers. There is no ability for retailers to reach shoppers with signage outside of their store’s lease lines, or to run events in the common areas. And these restrictions are mandated within the lease agreements.

So what? Well, I walked the showcase Hollister store in The Mall of Dubai with two incredible 20×5 metre blue and white video walls of surfers. They must’ve cost $200,000 to design, install and maintain. And I watched streams of shoppers walk straight by, unable to see them in their peripheral vision.

Why? Well since the times of the Greeks and the Romans, we have interrupted shoppers as they walk by our stores. We use signage at 90 degrees so it faces walk-by shoppers. I call these “sidewalk interrupters” and they are a simple, effective and fundamental element of retailing.

Retailers also stand and talk to shoppers in the space in front of their stores. Both of these create retail theatre and are “normal” parts of the retailing mix – but are forbidden in the worst malls. In fact, some malls don’t even design or allow the main store signage to be at 90 degrees to the shopper, so shoppers have no chance of stumbling upon a new store, or just dropping in.

Not convinced it matters? Well, I am a director of a retail technology company, and we have access to shopper data from around the world. There is a store I have walked in a major mall where a million shoppers walk by each and every year. For us in Australia, that’s like having a store where 5% of our total population walks by. The lease agreement with the mall precludes them from any form of “sidewalk interrupter” or “marketing activity” in the common areas of the mall. The result: only 4% of all walk-by shoppers come into the store. That’s a huge opportunity, and one that the retailer cannot do anything to address.

In AD2015 mall operators may need to look back to 27BC to the retailing techniques being used in the Roman Empire to breathe life and theatre into some of their tired malls.