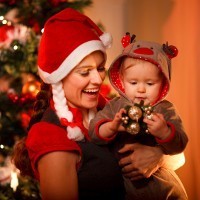 Australian retailers are preparing for their best Christmas in five years, according to data released this month by the Australian Retailers Association and Roy Morgan Research.

With consumer confidence rebounding from a mid-year slump, the ARA predicts Australian shoppers will shell out $45 billion between November 15 and December 24, an increase of 4.3% on the $43 billion spent during the same period in 2013.

ARA executive director Russell Zimmerman told SmartCompany retail figures have been in positive territory for most of the past 12 months and this steady level of trading has influenced the Christmas projections.

“Over the last five years we have seen a year-on-year increase [in Christmas sales] but this year is the largest without a doubt.”

The ARA is predicting Christmas sales growth for all Australian states and territories except the Australian Capital Territory where sales are expected to decline by 0.4% compared to 2013.

New South Wales tops the list with projected growth of 6.1% for the period, followed closely by Tasmania at 5.9%, although Zimmerman says it is important to remember that Tasmanian retail sales will be “coming off a low base”.

Victorian retailers can expect to see growth of 4.4% this festive season, while those in Queensland and the Northern Territory are looking at a 3.9% and 3.2% boost, respectively. Retail sales are expected to grow by 2.9% in South Australia and 1.2% in Western Australia.

Hospitality, food and household goods are driving the projected growth, with the ARA and Roy Morgan forecasting a 6.8% increase in spending on hospitality this Christmas, followed by a 4.9% jump in spending on food and 4.4% on household products.

Spending on apparel is projected to come in at 0.2% less than last year, although the ARA says clothing, footwear and personal accessories retailers do usually see a last-minute bump in sales.

Despite the apparent optimism, Zimmerman says there is a general sense retailers have been cautious in their approach to buying Christmas stock this year and recommends shoppers get started on their Christmas buying early.

“There may be some shortage of stock this Christmas … so people should get out early,” he says.