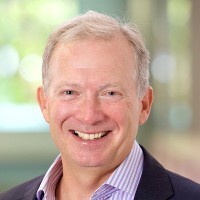 Roy Morgan Research this week once again highlighted our two-speed trans-Tasman market, with the Kiwis still on fire.

New Zealand consumer confidence up, retail sales up, job vacancies down and, all in all, an almost exact opposite situation to that in our own Great Southern Land.

But what Roy Morgan’s research also went on to say was that in the three years from 2011 to 2014, we Aussie shoppers have effectively doubled our love for online retailing. Four in 10 of us, or 40% of the population, buy one or more products on the internet at least once every two weeks. And not just fashion and accessories, but food and beverages too – especially the beverages that contain alcohol.

All very interesting, if somewhat depressing stuff within the reported loss of 50,000 Australian mining-related jobs, the massive decline in capital investment in mines over the past two years and the hardships being faced by our retailers.

So when do we turn the corner and make the real transition from an economy where we dig stuff out of the ground, to one where we buy and then sell stuff in retail stores and online shopping sites? I’m hoping it’s soon. However, from reports in the media we may be a little way away. I’m not sure parts of the Australian economy quite understand what it takes to be a “good retailer” in 2015.

The call for Myer to solve all its problems by raising some more capital and spending it all on lots more retail associates was almost laughable. No retailer, anywhere in the world, has solved their trading woes just by hiring lots more staff.

The largest store by revenue in Walmart’s world, at $US250 million per year, is the Sam’s Club store in Shenzhen, southern China. There are, on average, 1000 store associates and 1000 manufacturer demonstrators in that store. In the morning, you can drive a bus blind folded through the store and miss every associate and all 12 of the shoppers. At peak times, the checkout queues are an hour long as 30,000 people mill around buying everything from fresh chicken’s feet to Penfolds Grange. Lots of associates do not equal great service.

Investment in great store layouts, well-trained and passionate store associates all supported by relevant retail technology does, however, create a great shopper experience. And when that happens, shoppers linger longer, spend more and tell their friends all about it, again with the relevant social media and technology. And if in-store was a good shopper experience, they also shop you online too. And vice versa.

Easy to do, it isn’t? Harder still in department stores. Ron Johnson built the Apple stores from nothing to the most successful retailer on the planet as measured by sales per square foot, profit per square foot and shopper experience. He left Apple to turn around the JCPenney department stores in the US and lasted about a year. I asked Jim Collins, author of Good To Great at his event in Melbourne this month how it was it possible that such a successful leader was unable to transfer his success from one retailer to another. He paused and said: “I don’t know enough about the case, but we see it with senior execs in many differing sectors translating from success in one leadership role to failure in another.”

So what next for Myer? Don’t know. But I do know this.

I have spent time in many major retailer head offices talking to managers and execs. I ask them if they think the stores need more training and more technology, and they say: “No, we have enough of both.”

The view at store level is somewhat different. When I walk around their largest and smallest stores and ask the same question of the store managers and associates, the managers and store associates say: “When we start there is training on the till and for WHS. There is no other regular training.”

In terms of technology, away from head office’s inventory system upgrades and fast checkout technology, we still lag the world in the adoption of technology at store level to equip and free up store associates’ time to engage with shoppers in a meaningful way.