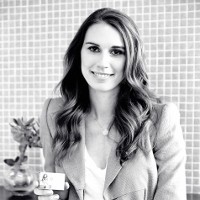 There’s plenty to learn from the 2015 Hot 30 Under 30. This group of go-getters won’t take no for an answer and they’ve got energy and enthusiasm to burn.

Here are seven key lessons from the class of 2015:

1.  Don’t wait for the perfect time

Aimee Marks, founder of TOM Organic, topped this year’s Hot 30 Under 30 list after coming up with the idea for her business while still in high school.

Marks launched her business producing organic tampons, pads and liners in 2009 and says while she was very young when she started out, she has no regrets.

“The absolute first thing is just do it, 99% of the time there are so many amazing ideas out there but you just need to do it,” she says.

Douglas’ advice to fellow entrepreneurs is “start your business now”.

Both Marks and Douglas say you shouldn’t underestimate the power of passion.

Marks has built her business around her passion for environmental issues and believes this has been key to TOM Organic’s success.

“You also have to be passionate about the purpose and the reason behind why you are doing what you are doing,” Marks says.

Douglas also says passion is the key to his business success.

“One advantage of being young is it is easy for young people to be passionate and if you have a good idea and passion that will help you go a long way,” he says.

You need to take feedback on board but don’t let critics stop you, says Jake Williams, the cofounder of Spot Jobs.

Williams says starting a business while he was in his early 20s has had a lot of benefits.

“Because we were so young there wasn’t a lot to lose for us,” he says.

“We were probably naive to all the challenges out there, which allowed us to give it a good shot.”

4. Hire the best people you can

“Always hire great people, that’s the biggest advice I’d give my younger self,” he says.

“We just didn’t understand how important that was to really focus on finding the top 5% of the industry. If you have those people you can set a goal and they will go out there and smash it.”

David Fastuca, co-founder of information technology business Locomote, recommends that when you hire people you need to look for those with complementary skills.

Fastuca describes his skills and those of his co-founder as like “yin and yang”.

‘We have a saying that if everyone in the room agrees, not everyone is needed,” he says.

“We have a debate and different opinions but all in the interest of the company.”

5. Use technology to your advantage

Being a small business owner meant Jane Lu had a limited budget to promote her fashion retail business, Show Po, but that hasn’t stopped her amassing a huge social media following.

“I just do really love social media and it is a way for small businesses to push themselves forward at a really low cost,” she says.

“To succeed in social media you need to have a voice for your company. With bigger companies, I think they try to relate to everyone and in doing so they don’t relate to anyone as it is too broad.”

InStitchu employs 3D body scanners to help fit customers with the perfect suit, allowing them to save their measurements and easily make repeated orders. Keeping ahead of the technology game, showroom staff place orders via the website on laptops and iPads.

For many of this year’s Smart50, business mentors have been instrumental to their success.

Marks says mentors have really helped her grow TOM Organic and Nick Grinberg, co-founder of GMG Search Engine Optimisation, says the best advice he can give a young entrepreneur is to save time by finding a mentor.

“Find someone that has done what you want to do and make them your mentor,” he says.

7. Throw out the rule book

Jasmin Robertson, owner of Roza’s Gourmet Sauces, says being a young entrepreneur is “really great” because there are no established boundaries.

“So many people I deal with say things like ‘Wow, why did you do it like that?’ and I just think, well I’ve got nothing to compare it to,” she says.

“I didn’t have any peers in manufacturing and if you don’t have a background or reference point you approach everything with a fresh and innovative view so you don’t have the boundaries of convention.”