Shoes of Prey moves to LA: Jodie Fox’s three tips for knowing when to go 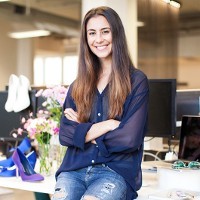 Australian retail success story Shoes of Prey will open its new headquarters in Los Angeles on August 1, in an effort to take a bigger bite out of the US market.

The decision comes after last year’s venture capital injection of $US5.5 million ($6.5 million) and a deal with US department store Nordstrom to open six retail outlets in its stores.

Speaking to SmartCompany from the US, co-founder Jodie Fox says the move will not affect local operations, and the company will continue to have a presence in Australia through its Sydney offices.

Fox says the recent success of its US operations meant Shoes of Prey was forced to look seriously at relocating.

“It’s really opened our eyes on the need to be on the ground here to grow into the market,” Fox says.

Fox says the US market for Shoes of Prey has expanded faster than the company had forecast, after national media exposure on shows such as Good Morning America and the Today Show.

“It’s been amazing. In fact, it’s something where we’ve actually had to take our foot off the gas with our marketing because the demand has outstripped our forecasts,” she says.

Fox says because of the huge uptake, Shoes of Prey had to be on the ground to familiarise itself more with its ‘American women’ customer in order to fully leverage its current success.

“The American women, as much we share popular culture and the like, the nuances and the difference of the American woman in different states has meant to really come here and get that customer, we had to commit to learning about her and you can only do that by being on the ground here,” she says.

“Australia has always and will always be home and it’s with a heavy heart we made the decision, but to grow and be a successful global company, we needed to make a move.”

Here are Fox’s three tips for how to know when it’s time to go.

1. Get the finances sorted

Fox says Shoes of Prey debated whether to move for a long time before any decision was made, but its capital raising last year was the real catalyst for getting its ducks in a row.

The funding round was led by US-based Khosla Ventures after the Shoes of Prey team last year got in touch with Ben Ling, the investment partner at Khosla, through a former Google colleague.

“It was tempting to go earlier,” she says.

“But once we had signed the funding… that was the catalyst for knowing this was the time.”

2. Talk to your staff

Twenty Shoes of Prey staff have relocated to the new headquarters in Los Angeles and Fox says the impact of the decision to move had on them was always at the front of her mind.

“We actually did an anonymous survey so they could tell us what they thought,” she says.

Fox says once she knew her team was behind her, it made the move even more appealing.

“Shoes of Prey is nothing without the people, so I’m so glad we can continue this journey together,” she says.

3. If you really want to get into a market, you have to get on a plane

Fox says although the business world now functions globally, being on the ground in an international market gives you an advantage.

“There is a lot to be said for being face-to-face and fostering those important opportunities,” she says.

“Whether you’re seeking funds, want to do a deal or just want to know the market, you must get on a plane.”

“As much as we live in a connected word, nothing ever replaces meeting someone and seeing it in person.”