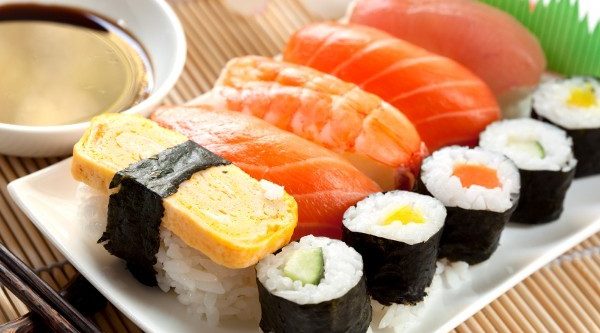 Pacific Retail Management is growing even further in the sushi business with its acquisition of wholesale brand Sushi Ginza for an undisclosed price.

The business already owns and operates sushi brand Wasabi Warriors and Kick Juice Bars, turns over more than $3 million annually and lists more than 50 stores across its three brands.

Making it onto SmartCompany’s Smart50 list for 2014, Pacific Retail has had a strong year with plans to expand the business into Queensland and Western Australia and overseas into Hong Kong, Dubai and the Philippines.

“Seven years ago you may have found one sushi store in a shopping centre but now you are likely to find three. It’s not uncommon to eat it once or twice a week.”

Mills says there is definitely more competition in the sushi market now but Pacific Retail has not suffered, growth is still up and this shows the category is growing.

Mills says wholesale is a growing area for sushi with not as many competitors in the arena. By acquiring Sushi Ginza, Pacific Retail will be able to sell more sushi into schools, hospitals, cafes and even into mining companies.

“There is real growth there,” she says.

“Let’s get rid of pies and chips, let’s get some healthy things in.”

Mills says the expansion of the Pacific Retail brand overseas, through Wasabi Warriors,  is exciting but where she wants the company to keep growing and to become a major player is in Australia.

She says Pacific Retail will be making moves to make further acquisitions into the near future.

“Australia is where my passion is and part of that strategy is acquisition,” Mills says.

“As with any business, you are trying to get economy scale. The more stores you have the better the buying power, reduces overheads, better market leverage, it’s a healthy system.”

Sushi Ginza founders Anthony Moss and Ray Ang, partners in two sushi restaurants in Darlinghurst and Surry Hills, have joined Pacific Retail and will manage the wholesale arm of the business.

SmartCompany contacted Moss and Ang for comment but did not receive a response prior to publication.