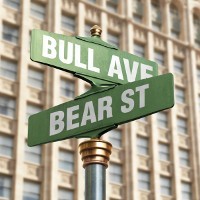 Confidence among SMEs is picking up, with a majority expecting an increase in their business revenues over the next six months, according to figures released today.

Most of the respondents surveyed were chief executives or business owners (60.1%), followed by chief financial officers (8.4%), finance directors (8.4%) and company treasurers.

The report found 62.6% of SMEs expect an increase in their business revenues over the next six months, while 24.2% expect no change and just 13.2% predict a decline over the same time frame.

Those businesses predicting an increase in revenue on average predict an increase of 8.6%, compared to an average decline of 3.9% among the pessimists.

Not surprisingly, 99.4% of entrepreneurs and managers who describe their business as growing also say they are planning to introduce new products or services in the coming months. This is in contrast to just 17.2% among businesses who see their business as stable or contracting.

The results appear to contradict figures collected by the Sensis Business Index (SBI) in June. That report showed slumps in consumer spending and demand, along with increased competition, had given rise to the lowest confidence levels among SMEs since February 2009, immediately after the start of the global financial crisis.

“Of the companies that are growing a large proportion are looking to add new products and services. It seems doing the same thing isn’t going to cut it anymore,” Langham says.

“From the survey, a key issue was not so much the cost of credit as the conditions of credit, with a high percentage using personal assets as security.”

“This would indicate greater needs that aren’t being fulfilled by traditional business banking.”

The report found 61.2% of SMEs believe credit conditions are a barrier to growth, with a further 11% citing credit availability.

The figures come after a report in June showed banks pocket more profit from lending to SMEs than they do from residential mortgages.