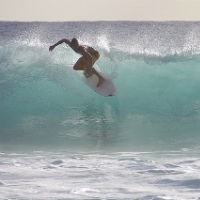 Australian online surfwear retailer Surfstitch has bought out its largest shareholder and competitor Billabong ahead of a potential initial public offering.

Billabong previously owned a 51% stake in SurfStitch. The Australian reports SurfStitch investors are looking to prepare the company for an IPO by the end of the year.

While the value of the transaction has not been disclosed, Billabong said in a statement to the ASX it will receive more than $35 million from sale proceeds, loan repayments and other items. According to Fairfax, SurfStitch could now be worth at least $200 million.

SurfStitch was founded in a Sydney backyard six years ago. SurfStitch co-founder Justin Cameron said in a statement the purchase of Billabong’s stake in the company is part of the company’s “next natural step” for its global market operations.

“Today’s agreements will allow both parties to pursue their strategic vision,” said Cameron.

“This says more about Billabong to me than it does about SurfStitch,” says Walker.

“That’s fundamentally because they want the cash and to focus on their core brand. It’s part of Billabong’s turnaround strategy.”

Walker said Billabong is looking to “cut out excess baggage” by getting rid of weaker retailers in their portfolio and consolidating non-core producing assets. Earlier this year, Billabong reported a net loss of $126.29 million for the six months to 31 December, 2013.

“I think about SurfStitch and The Iconic, they’re good examples of businesses building a successful brand.”

Walker attributes SurfStitch’s success to it being tech-savvy and an “online expression” of classic, global surf retailers.

“When you look at the global retailers that perform the best they tend to be retailers that have physical retail outlets and online stores,” he says.

SmartCompany contacted SurfStitch but did not receive a response prior to publication.