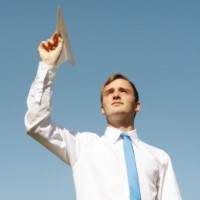 The majority of Australian startup founders are university educated, aged between 30 and 35, and too many aren’t targeting a big enough market, according to the results of Startup Muster.

Over the period of two weeks in February last year, the Startup Muster Survey received 976 submissions from startups, which after “cleanup and validation” was narrowed down to a dataset of 430 completed responses and another 91 that were almost complete.

Some of its key findings include:

Startup Muster was organised by Murray Hurps, with help from Richard Kroon, Monica Wulff and Ryan Defina. Hurps says he hopes the results will help the Australian startup ecosystem lobby for more government and public support. For instance, the survey’s finding that just 6% of founders are under the age of 25. He says that’s a figure that can be taken to government and used to support the case for policies that encourage young people to engage in entrepreneurship.

“It means there’s a clear need for curriculum changes, if the government wants to push people in this direction a little bit earlier,” he says.

“Anything that can be done that will put them on a path to becoming a startup founder at an earlier age is helpful.”

Delays in releasing the data were unavoidable, Hurps says, but shouldn’t be a problem for future surveys now the technology is in place. The release of the results of the 2014 Survey coincides with the opening of submissions for a new Startup Muster survey, which will be conducted over the next two weeks. The results of that survey will likely be released periodically over a shorter time frame, leading up to a complete report, Hurps says.

Colin Kinner, director at Spike Innovation, and the author one of the most comprehensive reports into the Australian startup scene to date, the Crossroads report, praised Hurps for putting the survey together.

“It’s great to see more work going into understanding the startup landscape in Australia,” he says.

“It’s much needed and Murray should be congratulated for putting his time into this project.”

Kinner says the finding that 52% of startups make use of a co-working space, highlights the importance such spaces play in the ecosystem.

“It seems highly unlikely that 14% of all Australian startup founders studied at either University of Sydney or UTS,” he says.