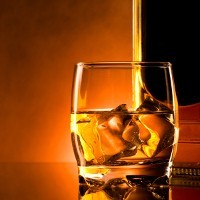 A group of 20 small spirits producers from around the country are in Melbourne this morning discussing their plans for world domination.

But first they want to let Australian drinkers know that high quality gin, vodka and whisky is produced locally and want the federal government to relax the tax regime that puts them at a disadvantage to larger distilleries.

While the Australian Distillers Association was first established around 10 years ago, newly appointed president Stuart Gregor told SmartCompany the association “had not really done anything, until now”.

But an email from Gregor, one of the co-owners of 12-month-old gin distillery Four Pillars in Melbourne’s Yarra Valley, to other spirit producers has sparked a renewed enthusiasm for a collective voice for local spirit producers.

Gregor says spirit producers are at a “natural disadvantage” to other alcohol producers in Australia, namely breweries and wineries, as spirits are taxed at a “massively higher” rate.

But Gregor says small Australian producers are further penalised as they cannot achieve the same economies of scale as large multinational operators and they do not enjoy the same tax breaks as their beer and wine counterparts.

“Small class breweries and wineries receive some excise relief, but we don’t as we’ve never really had a voice,” he says.

“But there is no reason why distillers couldn’t receive the same assistance that could be put towards export development or marketing.”

One of the items on today’s agenda will be to set goals for lobbying government for tax relief, as well as defining the qualities of high-quality Aussie distillers, says Gregor.

“Australia has always had a strong beer and wine industry, and all credit too them, they have been good at lobbying for assistance,” Gregor says.

While Gregor says small spirit producers make up less than 1% of the Australian market, he believes there is substantial room for growth for businesses like Four Pillars, which currently only employs one full-time worker and is yet to turn a profit.

“We are already seeing changes in consumer habits here and globally, going from large mass-produced beer, wine and coffee to more craft, artisanal and local products. We’re at the front end of that now,” he says.

Four Pillars will move from Warrandyte to Healesville next year, opening a cellar door and serving drinks and local food. Gregor hopes the plan will make his business “one of the most visited places in the Yarra Valley”.

“It will be great for local and regional tourism and hopefully we will be employing lots of locals,” he says.