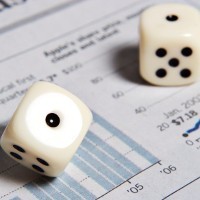 SMEs in the petroleum, heavy industry and machinery and scaffolding sectors should brace themselves for increasing market volatility, according to data released by IBISWorld today.

With the continued decline in Australia’s mining sector, it’s little surprise to see petroleum refining and manufacturing, fossil fuel electricity generation and heavy industry and non-building construction as the three riskiest sectors of the Australian economy.

Read more: Industries set to fly and fall in 2015

IBISWorld senior analyst Sebastian Chia told SmartCompany a number of other sectors in the top 10 are in the same boat, including mineral exploration, structural steel erection services and black coal mining.

While some of these sectors are expected to continue to grow over the next 12-18 months, including black coal mining at 6.4%, Chia said the continuing fluctuations in commodity prices, especially iron ore, as well as increased competition from overseas refineries, is beginning to take a toll.

But on the other side of the coin are the industries with the least risk, many of which are growing due to increased demand from Australia’s older generations.

Superannuation funds management services tops the list, with a risk rating of just 2.91 and projected growth in the 2015-16 financial year of 14.1%. Revenue for the next financial year is expected to exceed $15 billion.

Chia says the rise of the “grey nomads” has also given the trailer and caravan industry a boost, which in turn has made the sector the fourth lest volatile market. The market for trailers and caravans is tipped to grow by 4.8% in 2015-16.

“It is driving a lot of increased expenditure in these services,” Chia says.

Chia says sectors that benefit from continued increased in consumer disposable income are also less volatile, including veterinary services, which is projected to grow by 2.4% in the next financial year.

“There are high barriers to entry as vets need qualifications and competition in the industry is medium,” Chia said.

“Government assistance in the sector is not a major factor and the number of vets is also growing.”