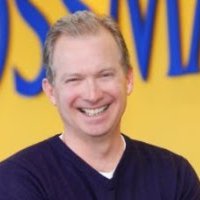 A couple of weeks ago I wrote a blog on Aldi, and it started with “whether trading as Aldi, LIDL or Trader Joe’s, the rise and rise of the small product range, high quality, low price, retail-own brand focused stores in the overall Aldi family group is impressive.” It talked about how good Aldi retail own-brand product was in the minds of shoppers and blind product reviewers.

As with many of the blogs there was feedback, one from a “bemused Aldi employee” who said something like, “I work for Aldi and many of these comments are factually incorrect.”

Now I re-read the article and couldn’t for the life of me work out what was wrong with it.

I know LIDL and Aldi very well from shopping with my mum and dad who live in Wrexham, a small town in North Wales. We regularly shopped Aldi and LIDL. The two stores are about five minutes apart.

I remember on one shopping trip my dad saying: “They’re the same company, so we shop between them depending what’s on special. Who has the best deals on power tools or gardening stuff.” So, because my dad told me a “dad fact” I’ve never questioned this in 15 years of writing on retailing.  True.

Remember the old Big Pond TV ad created by BWM, where the son asks his dad “Why did they build the Great Wall of China?” and the dad replies: “To keep the rabbits out.” Cut to the 7-year-old beaming in front of his class about to present his school project on the Great Wall of China, and I still can’t decide whether to laugh or cry.

Soon after our arrival in Australia, apparently I told my 8-year-old daughter after she asked the question: “Why is there a hole in the ozone layer?” that “the Russians did it.” She’s now 25 and works for Channel 9 but is still scarred by the fact she told her friends this “dad fact” for several years after.

So I did what I should’ve done earlier and did some research on the internet.

I Googled “Aldi LIDL shopper confusion” and found a hugely amusing YouTube  video by an Irish pub troubadour (LIDL and Aldi are big in Ireland) called “The Ballad of Aldi and LIDL”, and the rather more professional, though all in German, 45 minute TV shopper documentary directly comparing Aldi and LIDL in their home country, Germany, “Aldi gegen LIDL – das duell.” (Aldi versus LIDL – The Duel)

Both are worth watching for different reasons, but in the second one look at the footage 4 mins and 45 seconds in of the first 15 core shopping list own-brand items from each store being compared. Both item lists have identical prices. Not close; identical.

I also found a final year university student researching this same issue, and asking the question below:

“Hello, I’m doing a final year project on Aldi, I’ve found customer perception of Aldi to be confused between it and LIDL. I’m wondering if people can tell the difference between them. It’s cool if you never shop there, I’m just interested to be aware of the general public’s ideas about who they are.” Rashide1513

“Both LIDL and Aldi are 4-letter words. Both have I, D and L. Both are supermarkets, and both are cheap and German. No difference to me. DrPhil”(By the way, I don’t think this is US TV Dr Phil.)

“I do get confused between the two; in town they’re about 500 mts apart. Do they have the same colours in their logo – blue/yellow? (see logos above) Whatever it is the wife keeps correcting me when I say I’ve been to Aldi when in fact I’ve in fact been to LIDL…or the other way around.” scorthy

“I always thought they were basically the same company except Aldi is the english ‘version’ and LIDL is foreign (european)?? katmad99”

Now, the reason for this blog is not to say I made an error and then blame two generations of bad parenting. It is to highlight the real issue retailers, especially those skewed to retail own-brand, have in differentiating themselves in their shoppers’ minds. What does it mean for sales?

To be clear, most shoppers seem to love Aldi’s and LIDL’s prices, quality and convenience. But they appear to be saying that once basic pricing has been set, and your brand and offering becomes so similar that many of your own shoppers can’t tell you apart, the need to constantly promote is your only form of differentiation.

The only way you can guarantee footfall into your store that week, is through out-of-store communications to tell shoppers what’s new and different; in this case via very traditional TV and catalogue advertising. Without that call to action, they don’t come to you for their core weekly shop. You lose sales.

Not sure whether I should call my dad and share my years of confusion.  I’ll wait. He’s 80 next year.

Kevin Moore is the chairman of Crossmark Asia Pacific Holdings.