The Catch Group gets comfy in the homewares space 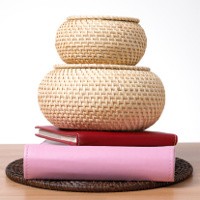 E-commerce player The Catch Group has launched its next online venture, tapping into the burgeoning homewares market.

At only eight years old, The Catch Group, which is backed by James Packer and Seek’s Andrew Bassat, has a turnover of $350 million and the popular deals websites Catch of the Day and Scoopon in its stable.

Co-founder Gabby Leibovich told SmartCompany entering the homewares category with West Avenue was a natural extension for the business.

“We have, for a number of years, run homewares shopping events on CatchOfTheDay.com.au, and the response to these sales has always been huge,” says Leibovich. “So we knew our members had a strong appetite for these kinds of deals.”

“However, because there is more to selling homewares than just product—it’s also discovery and style inspiration—we believed creating a dedicated site where our members could shop, discover and be inspired would be a welcome addition to our portfolio,” says Leibovich.

The website will offer a minimum of 30% off the recommended retail price of homewares, including cushions, lighting, kitchenware and furniture.

West Avenue also claims to offer faster shipping than its competitors, vowing to dispatch products to customers within 48 hours to two weeks.

The homewares industry is worth $297m according to a 2013 IBISWorld Industry Report, and Leibovich admits Catch will have plenty of completion on its hands.

“Yes there are a number of established players out there, however where we have an unique advantage is our extensive 3.5 million membership base,” says Leibovich. “This allows us, at launch, to tap into an established and engaged market for our offer.”

“Plus, like all our shopping sites, we will be complementing the West Avenue online store with mobile apps.  We are the only homewares site out there that can offer customers the convenience to shop on the move with our Android and iOS apps,” she says.

Catch of the Day, the company’s first and largest online retailer, sees 62% of all its transactions coming through mobile platforms and 7% of orders now also come through social media sites such as Facebook and Twitter.