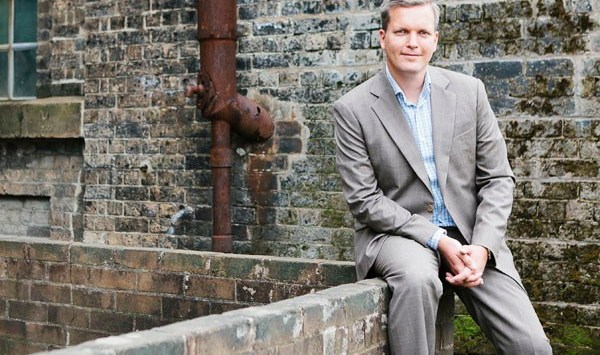 A strong relationship with her Chinese manufacturing firm that had lasted nearly a decade had helped Meg Lewis build successful Australian online business K9+ Soft Dog Crates, which supplies carry crates to dog owners. She felt content that nothing could ever go wrong.

“I had been through the process of placing an order, paying a deposit and then paying the balance once the shipment arrived many times, and had always been happy with the process and the end product arriving to us,” she says.

Read more: Have you got guanxi? The top five barriers for SMEs exporting to China

Earlier this year, Lewis transferred $8000 to secure a new shipment, but had a niggling feeling something wasn’t right after communications from her main contact in China changed.

“The language in the email was different to usual, and while initially I didn’t think too much of it, a few other unusual emails set off some alarm bells,” Lewis says.

But over the course of a few months, the Victorian was reassured by her Chinese contact that everything was OK.

“The problem is that he doesn’t speak any English, though he can write an email to me, and I don’t speak Chinese, so we’ve always emailed,” Lewis says.

“It had always worked well for us, and we fell into an easy business relationship that we were very content with.”

However, emails kept arriving asking for more money before her order had been delivered, which had never occurred before.

“It was hard to tell if the emails were real or not, and who they were coming from,” Lewis says.

“We tried contacting the Federal Police, but we were told there was nothing they could do to help us get our money back.

“We had lost faith in our manufacturing firm despite dealing with them for years, and needed someone to come in and find out what was going on and get to the bottom of everything and resurrect communications for us.”

Lewis is not alone. Last year, Bennett’s Boots founder Amanda Bennett had to walk away from her once-thriving business after a Chinese factory trying to reduce its margins cut so many corners that she lost everything after a huge order of faulty products arrived, leaving her $200,000 in debt. This happened despite staff on the ground in China checking every single pair before they left the factory.

Lewis contacted an Australian offshore supply chain consultant to make some enquiries on her behalf. She opted for Vantage Compliance & Mitigation, which spent about 15 hours uncovering the chain of emails, checked the manufacturing firm’s documentation and bank account details, and made several phone calls to verify information.

It emerged that Lewis had been the victim of a Nigerian scam. Hackers had made her usual contact’s email address fail and managed to convince her to place her deposit into their bank account. Sometimes, the emails were legitimately from her Chinese contact – other times, she was unknowingly communicating with the email hackers.

Lewis says it was extremely elaborate and convincing, which led her to continue to do business with the firm. She admits she only ever knew her Chinese contact as ‘Frank’, though she points out that the business relationship had worked brilliantly for nearly a decade.

Vantage founder Carsten Primdal says it’s common for Australian businesses to trade with China without speaking the language, which is often a major stumbling block.

It isn’t always necessary to actually travel to China when establishing a new business relationship with a supplier there, but you do need to be sure you spend the time ensuring you know exactly who you’re dealing with, Primdal says.

“Having a legitimate business address of the factory in China doesn’t prove anything when you’re doing business,” he says.

“You’ve got to be sure you’re cross-referencing bank details with the company they’re dealing with, and always insist on seeing original licenses and documentation to be sure you know exactly who you’re dealing with. And ensuring the firm isn’t violating any recognised trading principles such as using child or slave labour is vital.”

While a business can outsource the task of doing the checks and balances on your behalf, you can’t outsource the responsibility, Primdal says.

According to Austrade, increased business activity in China has resulted in higher numbers of commercial disputes in recent years.

While the government is called in to help resolve issues, often, there’s little that can be done. Last year, Austrade launched its Doing Business in China initiative, which helps Australian companies manage the risks of doing business in China.

Lewis is grateful that communication has been restored with her manufacturing firm, though admits she should have done greater due diligence when she first started dealing with a Chinese firm.

“I thought I had done enough to protect us from this, but in hindsight, there was a lot more I could have done that may have prevented this from happening,” she says.