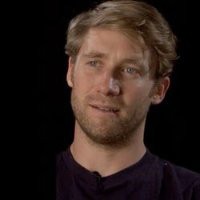 The federal government should look closely at the current level of the minimum wage and how the benchmark is regulated, according to one entrepreneur.

Speaking during a panel discussion at the Future of Work conference run by Melbourne University’s Centre for Workplace Leadership in Melbourne yesterday, social entrepreneur and co-founder of Who Gives a Crap toilet paper Simon Griffiths said the minimum wage is potentially “hindering innovation” by Australian companies.

Griffiths is also the co-founder of not-for-profit Melbourne bar Shebeen, so he has experience with the “high labour costs” associated with hospitality industry. He believes these costs encourage some business owners to operate outside of the regulations by either paying employees in cash or underpaying their entitlements.

Griffiths was responding to a member of the audience who asked him, and fellow panellists Posse founder and chief executive Rebekah Campbell and Uber Melbourne general manager Simon Rossi, the one thing they would ask the government to change about Australia’s labour laws.

For Campbell, the area in most need of reform is the access Australian businesses have to talent.

“We need to produce a lot more talent,” Campbell said.

Campbell said Australia is now producing a third less computer science university graduates and the short supply means it is “so expensive to hire an engineer in Australia”.

Campbell would also like to see the federal government make it easier to hire talented workers from overseas, particularly from Asian countries. The current process for doing so is “tricky”, she said.

But Campbell is also passionate about encouraging entrepreneurship among younger Australians, saying school leavers are currently encouraged to “build a CV” but not build a business. She suggested one way to overcome this would be to allow young people to take out a HECS-style loan to start a business in the same way students can borrow to fund a formal tertiary education.

Rossi, who previously worked at tech startup Yammer before joining Uber, said he would encourage the Australian government to “take a big picture approach and embrace innovation”.

Rossi said new technologies are already changing the way companies operate and governments should understand the technology that is coming and “embrace it”.

All three entrepreneurs also offered insights into the qualities they look for in recruits and the type of workers who are best suited to fast-growing enterprises.

Campbell said she looks for “initiators” or people who have “intrinsic self-motivation” and want to start their own projects when hiring new employees at Posse. She also looks for smart workers who can easily separate “good ideas and bad ideas”.

Rossi said employees who are analytical are the most valuable for early-stage businesses as they can “realise mistakes very quickly”. Without the ability to recognise mistakes, Rossi said companies can “burn a lot of time and effort”.

For Griffiths, finding the best employees means finding workers who are passionate about his companies’ missions as it means they are more likely to stay in their role for an extended period of time.