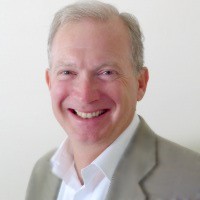 Reading an online UK newspaper this week, I noticed that a very staid old British retailer, the John Lewis Partnership (JLP) continues to grow and thrive. And as it’s doing so, the retailer is sharing its good fortunes, and a $400 million bonus pool with all of its 91,000 associates.

A $400 million dollar bonus pool? And not for the top 2000 bankers in a merchant bank, but equally amongst every one of its retail associates, who are also its owners. Last week everybody received 15%, or almost eight weeks’ salary, as a bonus payment. The company is in its fifth consecutive year of growth in trading environments that have seen the mighty Tesco lose share and profitability in an aggressive discounter-led market.

Many of you will have heard of or perhaps shopped at a John Lewis department store or a Waitrose supermarket in the UK. You may not have noticed that you did though. They’re nice enough stores, not glitzy but with pretty consistently helpful and happily delivered service. The range is good, the pricing is good, and they have a legacy of leadership and a service culture that is deep and constant. That culture is very clear, all made possible, I would humbly suggest, by the ownership philosophy. A good balance between the more demanding growth needs of a public company and the desire for longevity seen in private and family companies.

However, JLP is not unique as a large retailer in adopting this ownership structure. Another successful retailer in the US, the Atlanta, Georgia-based Publix, has a similar approach. And gets similar, consistently good results based on good consistent service, a good range and sound pricing.

Well, as we continue through the first 12 months of a new government, with a focus on changing tax laws, removing old and outdated legislation and freeing up our economy to be more productive, it may be worthwhile seeing how some very old fashioned, traditional and successful employee ownership models can be helped to life. I cannot think of anything more motivating to a group of employees in a company than to be an owner of something successful that you have been a part of creating.

So if you’re in London soon and bump into a whole load of normal-looking people drinking champagne in the city bars, they may not be bankers spending their bonuses, just humble retailers.