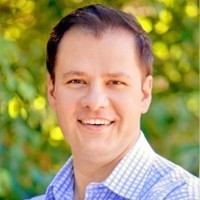 Local investors largely disagree with Labor MP Ed Husic’s characterisation of Australia as risk-adverse and a country where venture capital funding may not exist in five years.

However, they agree more needs to be done to promote a thriving startup ecosystem.

In a column for The Australian Financial Review, Husic referred to an American investor who told him not to expect to see Australian-based venture capital operating in the near future.

“Were it an isolated, individual offhand remark, it would be easy to dismiss,” wrote Husic, the shadow parliamentary secretary to the shadow treasurer.

“But during a recent visit I undertook through the West Coast, I put that claim to other investors and Australians working in Silicon Valley and San Francisco, and they didn’t rail against the comment. There was no patriotic surge to counter the claim … is our conservative, risk-averse investment approach strangling capital support for local startups?”

So what do Australian investors think of the claim venture capital will not exist locally in five years?

Dr Elaine Stead, investment director for Blue Sky Venture Capital, says she doesn’t think this possibility is supported by the data and trends she is seeing.

“The total quantum of capital invested last year started to increase for the first time since the economic crisis,” she says.

“Over the last couple years several funds closed substantial venture funds including One Ventures, Carnegie and Accumen Ventures. Corporate venture in Australia is more prominent, active and focused than ever, and the angel networks are providing an excellent, sophisticated, structured alternative.”

Stead says Australia needs “to find another economy” in the wake of the declining resources boom and downturn in traditional manufacturing, and VC is the answer.

“The knowledge and innovation sector is our best bet and, quite frankly, Australia needs us to make that happen.”

Sebastien Eckersley-Maslin, founder and chief executive of BlueChilli Group, told StartupSmart he thought the article was aimed at shocking Husic’s colleagues and the Coalition government into action instead of the “snail’s pace of funding and tax reform we’ve seen from successive governments in the past”.

“He doesn’t really personally think Australian venture capital is doomed and neither do we, but it’s not being supported adequately and it’s not going to compete in a global innovation capital marketplace until it is,” he says.

“It’s early days yet but the signs are there that we can turn the tide of underinvestment and misunderstanding of Australia’s tech sector.”

“At BlueChilli, we know the best thing we can do to build the Australian venture capital ecosystem is to provide opportunities for VC funds to invest in,” he says.

“More work is needed and Husic is right in calling for more to be done by government. While most of the dialogue around tax reform seems focused on broadening and raising CGT [capital gains tax], we’d like to see the broadening of the proposed changes to employee share option plan tax treatment, and the introduction of tax relief for those few investors smart enough to see Australia’s tech sector as the great investment it already is.

Rick Baker, managing director of Blackbird Ventures, told StartupSmart he is convinced Australia is already seeing these companies being created.

“In recent times I point to companies such as Canva, Safety Culture, Shoes of Prey and Invoice2Go as examples,” he says.

“We also have proof that you can create the blockbuster companies venture capital needs to win, examples are Atlassian, Campaign Monitor, Aconnex, OzForex, 3PL, Freelancer, Half Brick Studios and Envato.”

Baker points to how new “micro VC funds” have sprung up since 2012 as another reason why he thinks venture capital funds will still be operating in Australia in five years’ time.

“These funds are building their track records, and if all goes well, will grow into the next group of full-sized Aussie VC firms.”