Verne Harnish: The three barriers to growing your business – and how to overcome them 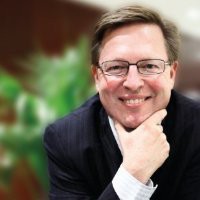 Developing a routine is the key to overcoming the barriers that stand in the way of entrepreneurs growing their businesses, according to internationally acclaimed speaker and author Verne Harnish.

Many SmartCompany readers will recognise Harnish’s name from their own bookcases: his 12-year-old business manual Mastering The Rockefeller Habitshas sold millions of copies worldwide.

Dubbed “the growth guy”, Harnish has been named one of the Top 10 Minds in Small Business by Fortune Small Business Magazine. He is the founder of the Entrepreneurs’ Organisation (EO) and the Association of Collegiate Entrepreneurs and for 15 years, taught the “Birthing of Giants” entrepreneurship leadership program at MIT.

He is also the founder and current chief executive of Gazelles, described as an “outsourced corporate university” for mid-sized companies and is visiting Melbourne and Sydney this week to participate in the Growth Factory’s 2015 Growth Summit, alongside Jim Collins and Liz Wiseman.

Speaking to SmartCompany ahead of the Melbourne day of the summit, Harnish says he plans to use the event to show entrepreneurs how finding a routine can unlock the growth potential of their business.

“The title of my presentation is ‘Routine sets you free’,” he says.

“Entrepreneurs jump right into their own businesses but it can quickly start to feel like a ball and chain around their feet or their necks and they are carrying the weight of the organisation up the hill as they try to scale up.”

Harnish will urge the entrepreneurs in the crowd to use a one-page plan to establish a routine.

“But you have to have the page to get everyone on in the first place.”

He says almost everyone sets goals in some form or another, but “goals are worthless if you don’t change, if you don’t start doing something different everyday”.

But Harnish says coming up with a one-page routine for your business does not have to be complicated.

“I’ll be reminding the audience, their real one page plan is their calendar,” he says.

“If you were to tell me what you’re working on this week, I would be able to work out your strategy.”

This is Harnish’s 26th visit to Australia – he has spoken at Growth Summits for the past six years and at Career Tracker events before that – and he says focusing on strategy is more important than ever for Australian SMEs.

“The US used to be the main focus but the epicentre has moved to Asia,” he says.

“[SMEs] have really had to change strategy. They are facing two to five times more competitors. You can see that with retailers in Melbourne alone. The competitive landscape has changed.”

He says Australian entrepreneurs have always been forced to look outside of their home country in order to grow. If there is one thing he feels is lacking among Australian companies, it is that the opportunities in the Indian market have been somewhat ignored.

“I’ll be encouraging entrepreneurs to look a bit further west to India,” he says.

“It’s quite an update; it totally replaces the original,” he says.

“We took the original out of print, not because it was wrong but because we have learned a lot in 12 years.”

In Scaling Up, Harnish explains the three barriers to scaling a business and how SMEs can overcome them.

“The first barrier is about growing the people,” he says.

According to Harnish, most business owners look to the senior managers in a business for leadership, but it is the mid-level managers who “carry the weight of an organisation” and their performance can therefore stymie growth.

“It will be the leaders who come to the summit but the middle managers will likely be at work,” he says.

“It’s the same for salespeople versus sales managers.”

The second barrier to scaling a business involves process: “Are you creating scalable infrastructure?”

“Entrepreneurs get laser-focused on building on the functions of their business but they forget about the work that takes places to process those functions,” he says.

“Larger companies are two-and-a-half times more efficient at generating revenue. Small businesses think they are lean and more efficient but it’s the opposite. Large companies have the processes.”

This goes to the heart of why Harnish believes “routine will set you free”. Without a routine, he says SMEs just “throw bodies at the problem and will throw anyone at the problem”.

“A mid-size company can double its revenue with the same number of people they have today if they get themselves organised.”

He says the third barrier to scaling is marketing.

“It’s the function of the business that’s most crucial in attracting new customers, investors, media attention, board members and advisers,” he says.

“It’s about scaling up your relationships.”