Wax on, Wax off: Sue Ismiel “thrilled” as she prepares for an IPO of Nad’s 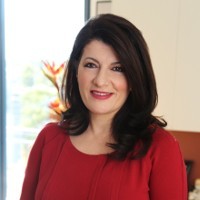 Sue Ismiel built Nad’s from a kitchen-table company to an international success which is now set for an initial public offering.

Ismiel created the first Nad’s hair removal gel in 1991 using a long service leave payout of $5000 to fund the business.

Now Ismiel says she is “thrilled” to have appointed advisers with the hope of listing the business within the next two years.

“I’m really, really excited to know that my company after 22 years is positioned to list on the Australian Securities Exchange,” she told SmartCompany.

“It gives me great pride to know that I can offer fellow Australians a piece of my business.”

Ismiel says she will not be considering a dual track process.

“We are definitely not selling, it is about a listing on the ASX, in the event the IPO happens I intend to retain 30% of the company,” she says.

“Nad’s is in our DNA and we cannot really disconnect ourselves from it.”

Ismiel and her husband are the sole owners of Nad’s, which generated $40 million in sales globally last year.

Nad’s is based at Norwest Business Park in Baulkham Hills, Sydney and employs 40 staff.

The company has come a long way from when Ismiel started selling the hair removal gel door to door.

“I had no idea how to sell anything. I’ve never sold anything in my life and when I had this green goo in a jar I didn’t know what to do with it. I knocked on the doors of everyone and the doors were slammed in my face,” she told SmartCompany previously.

While Ismiel says she had “no selling skills whatsoever” the turning point came when she got a gig on television demonstrating how Nad’s worked.

The business faced its biggest challenge when Ismiel tried to step back from the business and appointed a trusted business adviser as chief executive in 2005.

But revenue plummeted and Ismiel had to return as chief executive the next year.

“The beauty about being an entrepreneur is that you love challenge,” she says.

“This is why I have been able to come back and rescue the business and we are now able to list on the ASX, it has been profitable for many years.”

Succession planning has been in the back of Ismiel’s mind ever since she started the company.

“I am fortunate to have my three daughters involved in the company as managers and I have built a management team of non-family members,” she says.

“Giving back and offering my fellow Australians shares in my company is something I have dreamed about all my life.”

Ismiel says the initial IPO will facilitate further global growth and, in the meantime, Nad’s is “poised for growth” through a distributorship model throughout the world.

Ismiel’s succession plan involves an increased role in the business for her daughters Nadine, Natalie and Naomi.

Eldest daughter, Nadine Ismiel, is the head of research and development at Nad’s and has introduced new products for treating acne and nits to expand the Nad’s range.

Ismiel says Nadine will eventually take the reins as chief executive but this won’t happen for “a couple of years”.

“My three daughters have been programmed for excellence from day one… I am so thrilled that each one of them has an active and very dedicated role,” she says.

“I will always have a role, I cannot really see myself walking away completely and working one or two days a week.”

Ismiel’s advice for fellow entrepreneurs is just to take the leap.

“Entrepreneurs are like everyone else, they have ideas that they think about; the difference between entrepreneurs and the rest is that we believe in our ideas and we do something about them,” she says.

“We throw ourselves in at the deepest end and turn them into reality.”