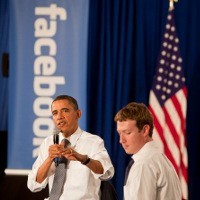 The world was a very different place in December 1999 when the first G20 met in Berlin. Steve Jobs had just taken back the reins at Apple, but Facebook, Google, Twitter and the dot-com bust were figments of imagination. When government and central banking leaders meet in Brisbane this week, they will have a very different set of concerns, as well as a different set of levers to achieve the goal of “stable and sustainable world growth that benefits all”.

The path of least resistance is to make small adjustments in an effort to re-balance and re-ignite growth. Instead, they should be considering how to stimulate and harness the power of digital disruption to create companies that can grow fast and create jobs we can not even imagine.

The continued growth of the start-up culture and the “overnight” success of new businesses such as Uber, AirBnb and Dropbox demonstrate the economies of tomorrow are being shaped by companies which have became global players overnight. Rather than focusing on a few adjustments to re-stabilise the world’s economy, the G20 leaders need to understand the impact of digital disruptions on nations and industries. All will be impacted; none will be spared.

Deloitte Digital’s latest report, “Harnessing the bang”, identifies some of the impacts of this “digital disruption” to existing companies. It notes that 13 industries comprising 65% of the Australian economy are facing significant disruption by 2017. Google, for example, has revolutionised advertising, Amazon has re-invented the book publishing industry, streaming services like Netflix have changed the movie and entertainment sector, and internet banking has changed financial services.

It’s clear this is a worldwide phenomenon, not just one facing Australia. Digital disruption belongs on the G20 agenda.

As ancient Chinese wisdom says, every threat contains the seeds of opportunity. The democratisation of markets brought about by the rise of technology represents boundless opportunities for companies that are innovative.

Henry Ford heard people say they wanted to travel faster, but instead of breeding a faster horse, he used new technology to create a motorised vehicle – and a manufacturing industry no one had imagined. Automobiles disrupted traditional modes of transportation and required workers to have new manufacturing skills. New companies were born and new hard infrastructure required: roads, bridges.

The same is happening with digital technology. The digital products and services require new skills, will generate new companies and need a different kind of infrastructure to support them (broadband internet, global paths to market, venture funding etc.)

Australia has some great start-up success stories: Atlassian provides software to the software makers all over the world, and Canva is reaching 1,000,000 customers. Both are carving a global path to success in their particular industries.

The G20 Global Café in Brisbane will showcase several more companies that are digital disruptors of traditional industries, are already going global and have the potential to grow big.

Some are concerned that tech companies don’t create jobs – they underestimate the impact that tech start-ups have on wealth and job creation. The IPOs of Google, Facebook and Twitter together created nearly 4,000 millionaires.

As for job growth, high-tech companies create a disproportionate share of high-value jobs. Between 2002 and 2008, for example, 6% of UK businesses with the highest growth rates created 50% of the new jobs. Professor Enrico Moretti, an economics professor at UC Berkeley, notes that for every job a tech company creates, five new jobs are created in other sectors – a multiplier effect three times higher than for extractive or traditional manufacturing industries.

This article continues on Page 2. Please click the link below.