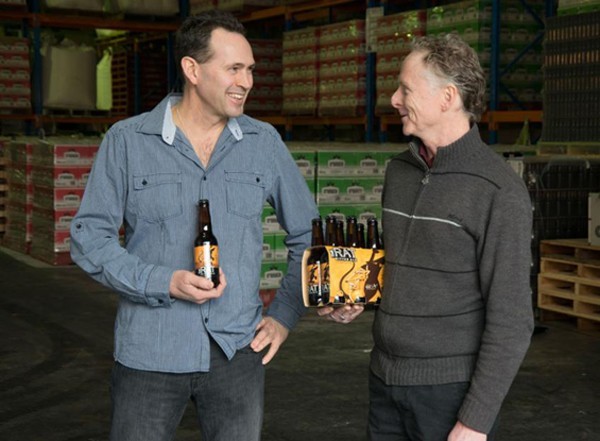 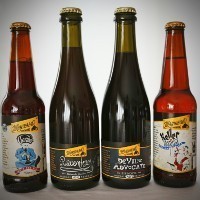 It wasn’t Andrew Lavery’s plan to be director of a brewery. All he really wanted was a beer he could drink without his gut acting up.

After being diagnosed with Coeliac disease in 2003, the Ballarat engineer started teaching himself to malt and brew beer from gluten-free grains. A year later, he met fellow Coeliac sufferer and self-taught brewer John O’Brien through a classified ad in Australian Coeliac Magazine. Together they began working on a consistent batch of gluten-free beer.

“We had some success with our brews in home brewing competitions and it was at that point we realised there might be a market replicating regular beers not just for ourselves but other gluten-intolerant people.” Lavery told SmartCompany.

In just over 10 years, their brewery has grown to employ eight full-time staff and brew 2500 crates of beer a week, with the business moving to a larger brewing quarters and later changing its name to Rebellion brewing in the process.

The business has an annual turnover of $2 million.

The success of O’Brien/Rebellion brewery reflects the recent growth in the local craft beer industry overall.

There are an estimated 250 microbreweries currently operating in Australia, with more opening each month. Though small brewers currently only command 3% of the beer market, IBISWorld predicts the industry will grow by an average of 9.5% over the next two years, and steadily thereafter.

“The boom’s primarily due to the change in consumers demands,” says Tim Collin, co-owner of Vale Brewing in South Australia.

“People aren’t just interested in the same old brews anymore, they’re looking for complex and unique flavors, and being given more options by craft brewers has really stimulated their interest in the sector.”

Collin owns Vale Brewing with his brothers Pete and Michael Collin. The brewery, which produces the Vale-branded beer and cider as well as Dr Pilkington’s Miracle Cider and Brother’s Brew Kolsch, employs 11 full-time employees and turns over $4.5 million annually.

But standing out in the increasingly competitive craft beer market means having a point of difference is crucial, according to these brewers.

“If you want to get your place in the market, you’ve got to offer something different,” Lavery says.

“Every successful craft brewer has their own sort of niche. We offer gluten-free beer, and it’s only recently that a few other breweries have started doing what Rebellion does.”

Finding a niche can also be about location.

When O’Brien brewing began in Ballarat in regional Victoria, Lavery only had a microbrewery at a nearby university to compete with.

“A definite selling point of ours was to bring craft beer to regional Victoria,” he says.

The importance of starting up smart

The first few years of being a commercial craft brewer are the hardest, when investing in brewing equipment, distribution channels and getting your name out are major concerns.

“Probably the big challenge there was getting our different brewing process to work on a commercial scale,” says Lavery.

“We had to invest in heavily specialised equipment which is different to the equipment you need to brew beer from barley.”

According to Collin, many small breweries find themselves in strife by not taking the time to understand how to grow their operations sustainably.

“You might be growing your sales at a super fast pace, but if your sales are growing significantly, then so does the amount of money you need to invest to expand operations,” he says.

“If you double your sales volume, the following week you will double the cost of raw ingredients, the next week you have to double the production capacity of your equipment, then the number kegs and bottles or cans you need for packaging… all before you sell your product to a pub or bottleshop.

“Essentially, the faster you grow, the more your cashflow requirements increase, and it takes about 3-5 months to get your original investment back.”

Fortunately, greater recognition of the craft beer industry has translated into greater support for those starting out.

“Smaller players now have the opportunity to test their beer in the market before they go for full-scale production,” Collin explains.

“In previous years people entering the craft beer industry had to invest more of their own time and resources. I think the rise in contract brewing (where one brewery hires another’s equipment and space to brew their beer) and startups like Kegstar that make distribution less expensive have made it much easier to enter the beer market.”

Collin says the future of the craft beer industry lies in small brewers teaming up to increase distribution, which is the area in which big brewers have their biggest advantage.

“It’s a tough road if you’re insisting on doing absolutely everything independently and things like managing accounts and reducing production costs can be helped by pooling resources as much as possible.”

It’s easy to wonder whether consumers’ interest in Australian craft brews is just a passing phase. Will factors such as falling beer consumption, battles between big brewers and an overcrowding of brands cause craft beer brewers to lose market share as quickly as they’ve gained it?

Not according to Lavery. He says the industry’s fate will ultimately be decided by the same factor that it always has been.

“A lot of it will come down to consumers.” he says.

“If craft brewers continue to produce beers that people want to drink, then places will put them on tap or in fridges and people will drink them regardless of anything else. It won’t grow this rapidly forever, but I don’t see there being a point where it’ll stop growing, and I think there’ll always be a healthy market for it.”

“We haven’t seen a downturn in our volumes because there’s more variety, and I think the fact that there are new varieties constantly emerging and being embraced  should encourage people to have a go if it’s something they want to do,” Lavery adds.