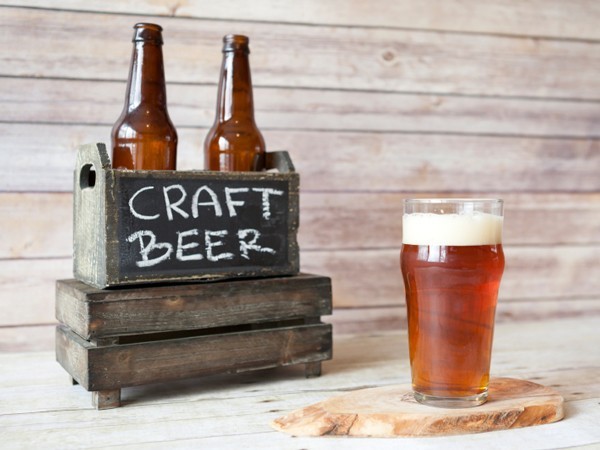 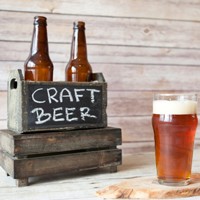 In their attempts to cash in on peak hipster, fast-food giants are passing off assembly-line products as small scale, bespoke creations that carry an aura of moral authority.

Six months ago, McDonald’s opened a café in Sydney’s inner-West, where chambray-shirted baristas serve single-origin coffee alongside quinoa salads on wooden boards. The café is called The Corner, but The Guardian soon described it as: “McDonald’s disguised as a hipster café”.

And to customers worldwide, McDonald’s launched its “artisan grilled chicken”, its “artisan roll” and other artisan-manque products. Domino’s released “Artisan Pizza”, and PepsiCo released Kaleb’s Cola, a “craft soda” in a glass bottle bearing the notation, “Honor in Craft”. Nowhere on the bottle is mention of the multinational behind it.

In Australian Coles supermarkets, the Always Fresh brand is promoting its “Artisan Collection” lines as “authentic, carefully-crafted”. Its biscuits and preserves are “hand-crafted”; its crackers are “thoughtfully baked”. In the drinks isle Cascade’s “crafted” range of fizzy drinks includes (inexplicably) a “crafted for Australians” plain soda water.

These descriptors are lies, because mass-producers simply can’t make “craft” or “artisanal” products. These words refer to autonomous human-scale production that’s too mindfully- and bodily-involved for the assembly-line. To a craftperson, conception and physical production are inseparable, and their relationship with their craft — be it breadmaking, songwriting or neurosurgery — is somatic.

Division of labour completely wipes “crafting” from the fabrication process. Craft involves risk and unpredictability; manufacturing, on the other hand, involves predictable and uniform outcomes.

So consider the significance of McDonald’s’ current “How Very Un-McDonald’s” and “Not So Fast Food” campaigns. These campaigns invite us to custom-select ingredients on a touch-screen and enjoy table-service by — who knew? — a person. Faced with a slump in profits, the fast-food giant is experimenting with ways to shed brand-staleness and seduce a 20s-to-30s demographic that regards McDonald’s as distinctly uncool.

But this seems less a gesture towards slow food values and more an admission that the brand and all it represents has become déclassé. When they trade on artisanal notions of authenticity, industrial food giants deny their own, which lies in cheap, standard products manufactured with alienated labour and dispersed supply chains. You can’t be an authentic Tim-Tam if you were “thoughtfully crafted” from seasonal local ingredients.

Genuine craft producers aren’t inclined to spruik these ways, because their customers have the culinary literacy to discern a local sourdough from an industrial soda bread.

In his 2014 book, “The Language of Food”, Stanford University professor Dan Jurafsky observes that good quality food labels and menus tend to be short on adjectives. Marketers of industrial food, on the other hand, oversell with such descriptors as “real”, “artisan”, “quality”, “authentic” and “passionately-crafted”.

“We judged that any reasonable consumer would think that it was brewed in Byron Bay by a small Byron Bay brewing company.”

But the beer “was a actually brewed by Carlton and United Brewery out of its large Warnervale brewery.”

Even insiders are rebelling against such marketing. Last year, the ACCC received “industry intelligence” that Saskia Beer’s “Black Pig” products contained white pig meat. Heritage black pig breeds can be more free-ranging than white pigs, as they are less susceptible to sunburn. The company was ordered to undergo compliance training and publish a corrective notice.

Similarly, Pirovic Enterprises was fined A$300,000 for claiming its eggs were free-range. “Although there were no strict legal definitions of free-range, the court was able to base its findings on consumers’ expectations about what that particular form of farming should involve”, said Associate Professor Jeannie Paterson from the University of Melbourne’s Law School.

The same principle, she says, was applied when Coles was fined A$2.5 million over “freshly baked” bread claims, when the bread was first par-baked in Ireland.

Over there, the Food Safety Authority is reportedly clamping down on “artisan”, “traditional” and “farmhouse” claims, warning that these should only describe products made “in limited quantities by skilled craftspeople” at a “micro-enterprise”, and ingredients should be local where possible. Last week, the Authority ordered McDonald’s to remove artisan claims. This is a regulatory trend moving across Europe and the US, and in Australia, the ACCC is also devising guidelines.

Artisan-posturing by industrial producers isn’t just a matter of regulatory transgressions. Industrial food giants who “craft-wash”, or use idioms of craft while trashing its essential values, are actively obscuring a set of political issues. Ethical consumers are often well-heeled, for sure, but their deep pockets attend to a deeper commitment to small enterprise, localism, fair trade, ethical supply chains, seasonal produce, farm animal welfare, workers’ freedoms and low environmental impact.

Australian consumer law prohibiting deceptive conduct “does not just apply to deliberate lies,” says Paterson. “It also covers conduct that creates a misleading impression by manipulating common community understandings.” So as artisanal deceptions continue to mount, so, too, do the legal precedents for a foodie-pundit backlash.