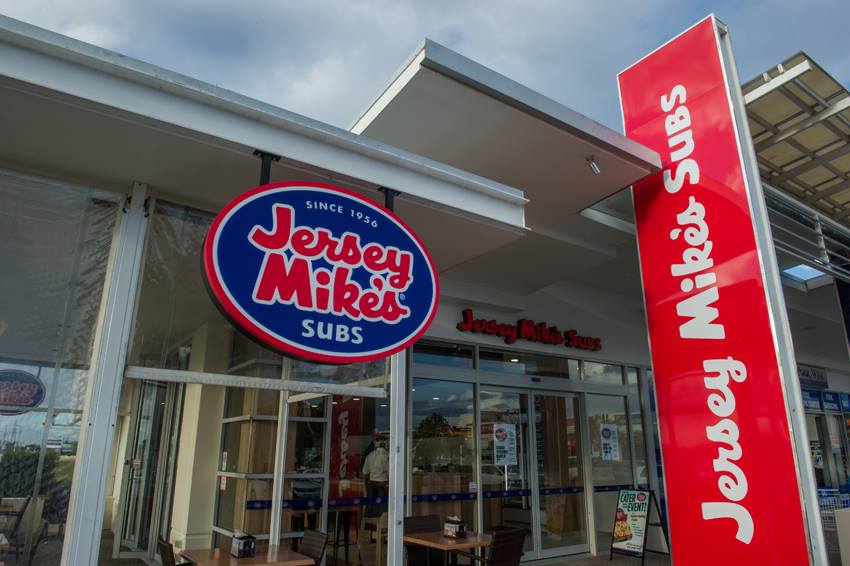 Another US fast food giant has landed Down Under, with the first Jersey Mike’s Subs store opening on Queensland’s Gold Coast today.

The move is part of a growing trend of American food chains making the switch to Australia.

Read more: Australia is getting a new fast food giant – five things you need to know about Jollibee

But unlike other recent imports, Jersey Mike’s Subs bills itself as a ‘healthier’ option, offering fresh subs, wraps and salads that are made in front of the customer with quality meats and cheeses and bread that is baked on premises.

The ‘Mike Way’ includes serving each sub with lettuce, onion, tomato, a “juice” of red wine vinegar and olive oil and a spice mix of oregano and salt – a method the global company says has helped it reach revenue of around $1 billion annually, according to Business News Australia.

The first store is located in Mermaid Waters on the Gold Coast, with a second store due to open in Benowa Village on Gold Coast later this month. A third store in Browns Plains, Brisbane, is set to open next month.

This is the first international store for the franchising giant, which has been planning the expansion for more than a year.

The store officially opens today with around 20 employees, aged 14 years and up.

“We hope as we become successful and the Australian community gets involved with us as much as we get involved with them,” he says.

“We hope to expand all across Australia. The sky’s the limit.”

Kugler says Jersey Mike’s Subs’ main point of difference from competitors such as Subway is the use of high quality meat and cheeses, which will be sourced locally from around the Gold Coast and Brisbane.

“What we do is we slice all of our meat in front of the customer and we have a flat top grill,” he says.

“[The] difference is we do our roast beef cut, tied beef in store, bake our own bread everything and all our produce is local and all our meats are farmed locally.”

Kugler says Jersey Mike’s Subs also teams up with a charity or not-for-profit in the local community of every store and teaming up with Queensland Surf Life Saving really fosters a sense of community.

Kugler believes the trend of expanding American food in Australia is in response to the Australian appetite for quality food and the popularity of cooking shows.

For Jersey Mike’s Subs, he says Australia is a natural fit.

“The culture out here we love, we just wanted to expand internationally and we feel Australia is the best place to be,” he says.

Kugler declined to indicate the location of the next stores or how many stores are planned for Australia, saying instead Jersey Mike’s Subs will be closely watching how the first three stores perform.

An empire built by a 17-year-old entrepreneur

In 1972, budding entrepreneur Peter Cancro began working at Mike’s Subs at the age of 14, before purchasing the store at the age of 17 with financial backing from his football school.

Together with his wife Linda, opened several more local outlets of Mike’s Subs until 1987 when he began franchising the business as Jersey Mike’s Subs.

Today Cancro is the chief executive of Jersey Mike’s Franchise Systems, with more than 1500 locations both open and in development in the US alone.

In an interview with Business News Australia, Cancro said building the 1000-store network took 40 years but the company has plans to open another 1000 outlets in the next four years.

Oh good – we need another takeaway food chain – not!

We already have Subway in most suburbs. Is this going to be the new Macca’s versus Hungry Jack’s? At least there should be more youth employment opportunities, rapidly in decline since self-serve checkouts started taking over our retail stores.

They are good tried them in Portland.