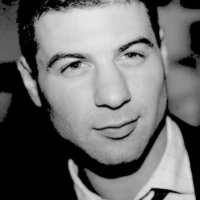 AussieCommerce Group has snapped up the Australia and New Zealand arm of daily deals giant LivingSocial in order to strengthen its position in the local e-commerce market.

AussieCommerce Group was founded in 2010 after Adam Schwab and Jeremy Same launched their first website, deals.com.au.

Since then, the company has aggressively acquired e-commerce platformsincluding online shopping club Brands Exclusive for $2 million in February 2014.

The latest acquisition is expected to increase AussieCommerce Group’s reach to more than eight million customers.

The company, which operates sites such as Luxury Escape and sportswear retailer The Active, is on track to turn over more than $200 million by the end of the current financial year.

AussieCommerce Group’s co-founder and chief executive Adam Schwab told StartupSmart the acquisition was made because LivingSocial’s Australia and New Zealand operations were “a fantastic business”.

“Since 2010 it’s been a market leader in the international space and leading with some fantastic brands in Australia,” he says.

“Strategically it made a lot of sense – it’s a market that’s consolidated a bit in the past few years. There’s such an enormous amount of talent in this business and we can’t wait to join forces with it.”

LivingSocial’s Australian arm is based in North Sydney with approximately 95 employees. Schwab says these employees will be brought onboard to AussieCommerce as the company has “never shut down a brand”.

“For an e-commerce business like us our assets are people – people that get clients, get the campaigns on board and generate profit for us,” he says.

“A strong team member is worth many multiples of someone who isn’t strong. We’ve never shut down a brand… we’ve been able to maintain these brands’ identity and certainly one of the things that attracts vendors to us is we’re dedicated to ensuring the brand remains strong.”

Schwab says e-commerce can be a tricky industry, but his advice to budding entrepreneurs would be to invest in the right people.

“It’s a difficult business in that a lot of e-commerce businesses don’t make much money,” he says.

“So what we’ve always found is you have to be really lean and hire some good people. Essentially it’s a people business and you need to stay true to being a good retailer but with a strong tech-bent. Get your product right, your team right and then start looking for customers and they will come to you.”