Why this Australian business said no to $1 million 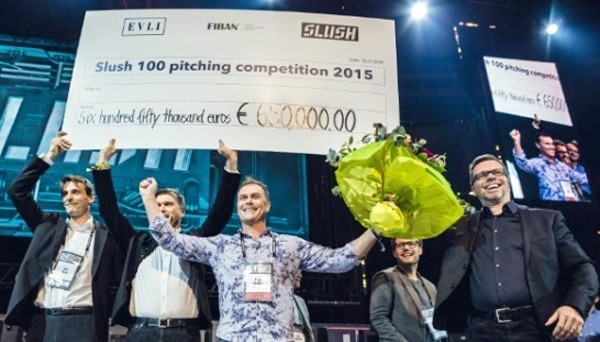 When Melbourne-based entrepreneur Troy Westley held an oversized cheque worth nearly $1 million above his head on a stage in Helsinki, he already knew it was unlikely that he’d actually be accepting it.

The CareMonkey co-founder had earned the chance to compete in the Slush international startup pitch challenge after taking out the local competition in Melbourne.

It was more an opportunity to network and meet potential partners rather than a cash-grab, Westley says.

“I wasn’t for a second thinking that we were going to win,” he says.

He didn’t even look up what the prize was until he was in the final four.

“Even then I was thinking it would be unlikely that we would take it,” Westley says.

The startup did end up winning the competition, but after finding out the 650,000 euro prize was in the form of an investment Westley knew it wasn’t in the best interests of his company.

“That wasn’t my reason for entering the competition. I still wanted to win and it was great publicity for us.”

The Melbourne-based medical information startup has been growing rapidly while still being bootstrapped, expanding from a team of eight in November to 17.

The company saw more revenue in November and December last year than all of the previous financial year and is “quite profitable”, Westley says.

Because of this Westley says he isn’t interested in any outside investments at the moment – even a $1 million one.

“We did take it seriously and had a look at taking the investment but my co-founder and I decided that our focus is on generating revenue and proving we can be a profitable company,” he says.

“It’s a little bit further down the track before we want to put effort and commitment into raising capital and working out who would be the best partners.”

“We’re very grateful for the offer but we’re not desperate for cash – we think we’re doing lots of good things.

“We’re trying very hard and the focus right now is on funding the business through creating a great product, having happy customers and earning revenue.

“We don’t need to take money to grow the business.”

CareMonkey provides a system of managing sensitive personal and medical information stored by schools, clubs and groups with a duty of care.

“Right from the get-go we decided that unless we could prove that customers were going to get massive value and want to pay to use the service then we weren’t really a business,” Westley says.

“From the very first customer we had revenue – I think that’s a good way to build a sustainable business.”

While admitting the startup may have been able to expand quicker with the prize money, Westley says a move into the US and UK is already in the works.

“I’m happy with the course we’ve chosen and right now we’re starting operations in the UK and US, and we’ll do the same there as we’ve done here,” he says.

“We’ll get a foothold, get happy customers, earn revenue and understand what we need to do to be a dominant player in those markets.

“After that it’d be a good time to go to investors.”