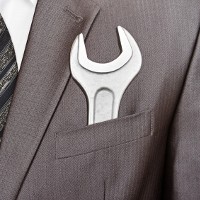 Retail giant Woolworths has revealed its home improvement chain Masters continues to operate at a loss.

Masters recorded sales of more than $1.5 billion in the 2014 financial year but will not break even in 2016 as previously forecast.

Woolworths chief executive Grant O’Brien said in a statement he is “disappointed” but still “confident” Masters will make it into the black eventually.

“The rationale for entering this [home improvement] market remains strong,” he said.

“It is a $45 billion market with 5% annual growth and one significant retailer with approximately 17% market share. It is a fragmented market that is in the process of consolidation as demonstrated by the 42% Masters sales growth in financial year 2014.”

The “one significant retailer” which serves as Masters’ main competitor is of course Bunnings.

“But Masters is so similar to Bunnings that it is hard to see how they differentiate or compete against them,” he says.

“They haven’t done a good enough job in targeting females, that casual DIY market is where they should have pitched the market.”

Kulmar says, if anything, Bunnings has enjoyed the challenge of having Masters in the market.

“I also don’t think you can discount the performance of Mitre 10, which has targeted trade and serious DIY,” he says.

“The two of them have made it very difficult for Masters to establish a position in the market.”

“There has been natural consolidation in the market anyway,” he says.

“But it is tougher for independents today than it was 10 years ago.”