A Gold Coast garden and agricultural specialist has just sold its innovative water saving system to the United Arab Emirates in its quest to help transform deserts into thriving market gardens.

The Aqualess deal with the Middle East using WaterUp wicking cells, designed and manufactured in Australia, is the latest coup for the Gold Coast company and its revolutionary system.

The Aqualess system grows produce using 80% less water than traditional horticulture and cuts agricultural watering times by as much as 90%.

Aqualess owner Paul Jones said the Woongoolba-based business had only been operating from the Gold Coast for the past 12 months but was part of a new wave of water-saving agricultural methods in high demand globally. 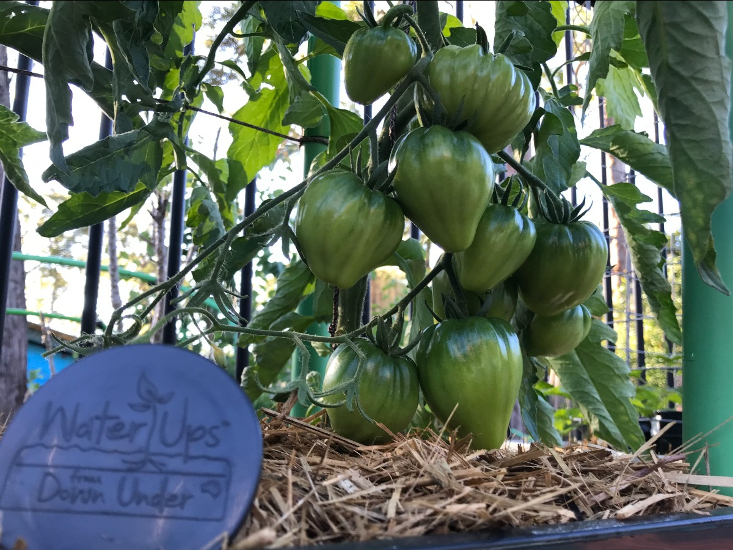 “It’s a revolutionary thing happening all around the world. This is something that allows people to start green deserts and remote areas,” Jones said.

“For example, if you were watering your garden vegetables, you’d have to water them every second day pretty much, but you can leave this for weeks.

“Your garden is getting moistened from beneath so it’s better than from above. It encourages plant growth, and you get much bigger and better crops for a fraction of the time you would have to normally spend watering a garden.”

Aqualess spokesperson Rosemary Charles said the system turned wicking on its head, using recycled products to ensure that water and air were underneath the plant to provide a consistent amount of water to a plant for quick, consistent growing and nutrient-dense produce.

“We’ve only been seriously in the market up here for around 12 months.  Already we are exporting to Canada and Iran and now the Middle East,” Charles said.

“There are so many uses for it, rooftop gardens, market gardens, council gardens and school projects. But that’s just the start. It’s also great on farms.”

Wicking bed sub-irrigation claims to be more effective than drip irrigation because it provides consistent soil moisture rather than just delivering water to drip outlet points. Wicking also captures rainfall so the plant can use it over time.

Charles said the company was picking up on increasing demand across Queensland as producers looked to innovative measures to ensure the sector’s sustainability.

One of the latest installations was on a farm in Nambour producing vanilla beans, she said.

The WaterUp wicking cells from Aqualess can be used in a variety of gardens. Source: supplied.

Queensland’s agricultural innovation sector is growing at a rapid rate with potential four-fold growth by 2030, a report by the Food and Agribusiness Growth Centre shows.

Queensland is currently Australia’s largest producer of fruits and vegetables in terms of product value. The state produced 29% of the country’s fruit and veg in 2018-19 and around 30% of Australia’s organic produce comes from Queensland.