This 100-year-old family business boasts a story of perseverance, diversification, and a whole lot of sheep

As wool prices remain relatively stable despite challenges in the Chinese export market, AJ and PA McBride is working to boost its wool production from 6,400 to 10,000 bales in its centenary year.

“We plan to achieve this through a combination of innovations to increase wool production yields along with further land acquisitions that complement current holdings in priority locations,” chairman Keith McBride said.

“I think in the future, especially with global warming and issues with CO2, wool has an even more important role to play as a natural fibre, as an efficient fibre for retention of heat.”

All 100 shareholders of the AJ and PA McBride company are descendants of Albert McBride, who bought the group’s first Faraway Hill sheep station near Burra in South Australia’s Mid North in 1902.

“While we diversified to offset some of the impact, adding cattle, wine and horticulture to our business holdings in recent decades, the lifeblood has remained the Australian merino.”

South Australia’s wool industry dates from 1836 when the South Australian Co. imported merino sheep from Saxony, and was sufficiently established for the first wool auction to be held in Adelaide in 1840. 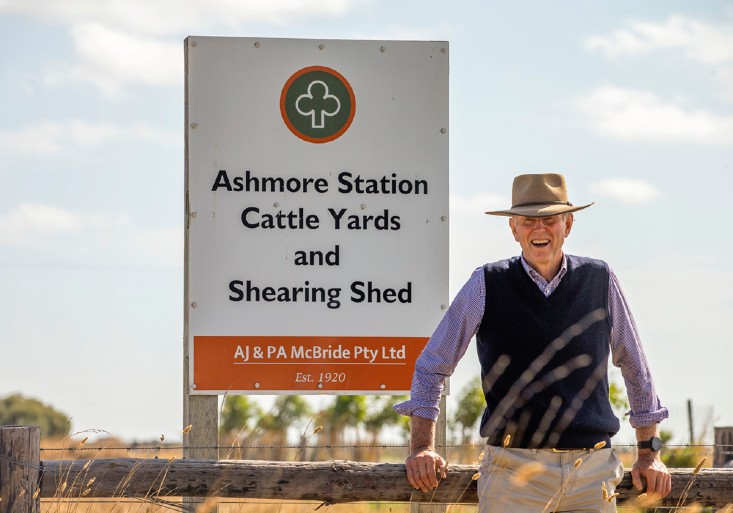 It is now the fourth-largest wool-producing state in Australia, producing 19% of all Australian wool. If South Australia was a country, it would be the sixth-largest wool producer in the world behind China, New South Wales, New Zealand, Victoria and Western Australia.

AJ and PA McBride’s 10 properties range in size, up to its largest 507,300-hectare station Wilgena, which was purchased in the north of South Australia in 1924 and was once the largest fenced sheep property in the world.

In the south-east of the state, the 7354-hectare Ashmore property that produces wool, prime lamb and beef cattle is among its smallest farms.

McBride said diversification of income streams and locations had protected the company from falling prices in different commodities and unpredictable climatic conditions.

Over the years, the company has introduced beef cattle, has properties spread through different climatic regions — from the much higher rainfall in the south-east of the state to the arid lands in the north — and also has interests in vineyards and commercial properties in the city of Adelaide.

This includes investing in Bleasdale Winery in the Langhorne Creek region of South Australia and Faraway vineyard on the Limestone Coast.

One property near Kingston, Nepowie, lost about 1800 hectares to bushfires this summer, along with 600 young ewes and 80 cattle, while another property in the state’s north is in drought.

“We’ve brought quite a few of the sheep up and we’re feeding them to try and take the pressure off a quite fragile landscape,” McBride said.

“Then we have another property just north of Port Augusta, Yudnapinna, we’ve only had that for four or five years and it’s always in drought, but they have had really good rains, seriously good rains.” 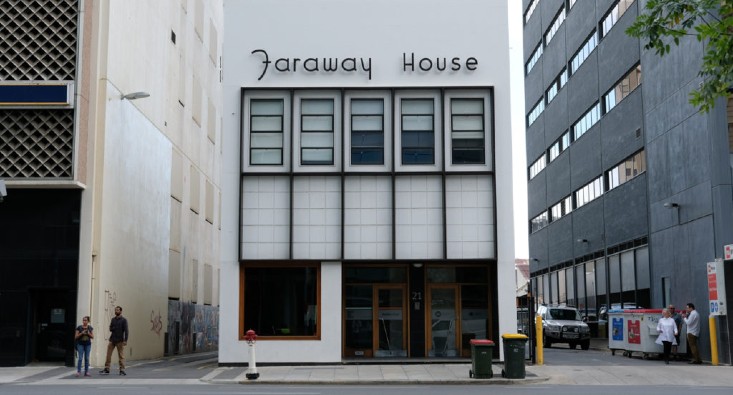 He said continual improvement in the quality of wool and flocks has been key to the company’s success, now buoyed by the price and demand for wool steadily growing over the past five years.

“But I think we can do better with improvements in sheep and pastures,” McBride said.

Demand for prime lamb and sheep has also grown with prices strong.

McBride said there was much to celebrate as the company turns 100 years, including this month’s launch of the book Faraway, 100 Years of Wool by Kristin Weidenbach, telling the story of the pioneering McBride family.

Now headquartered in Grenfell St, the company was based for many years in the quaint Faraway House building in Franklin St, which is named in honour of its founding property Faraway Hill Station.

“It is a celebration this year of our history and our forebears,” McBride said.