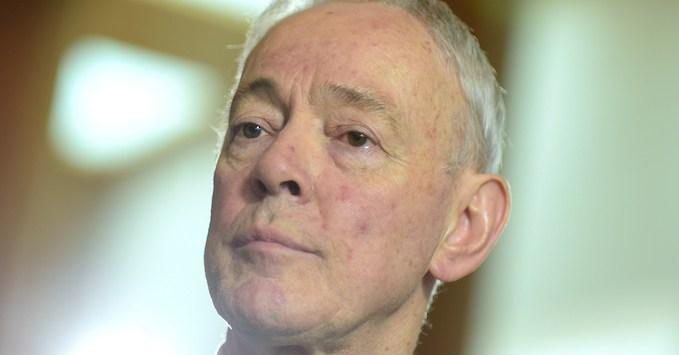 The collapse of Bob Day’s home building firms highlights the urgent need to better protect subcontractors in the construction industry, according to the Senator’s parliamentary colleague Nick Xenophon.

Day, who was re-elected to the Senate to represent the Family First Party at the July election, said yesterday he will resign from parliament following the appointment of liquidators to his company Home Australia and its related entities.

Read more: Senator Bob Day calls for workers to be able to “opt out” of the Fair Work system

Construction on all homes being built by Home Australia has ceased and the liquidators said in a statement on Monday their “immediate objective is to work constructively with relevant insurers and customers in an effort to facilitate the orderly recommencement of construction of uncompleted homes by alternative builders”.

McGrathNicol is also accepting expressions of interest from potential buyers for the entire Home Australia business or individual parts.

While fellow South Australian Senator Nick Xenophon sympathised with home owners affected by the collapse, he said smaller businesses that contracted to Home Australia and its brands should not be forgotten.

“This terrible collapse carries implications for not only home buyers holding a contract, who hopefully will be covered under housing indemnity schemes, but also hundreds of subcontractors and their employees, who could be left in the lurch,” he said in a statement.

Xenophon is calling for national reforms to ensure the security of payments for subcontractors in the construction industry and has said how he decides to vote on the government’s bid to re-establish the Australian Building and Construction Commission (ABCC) is “contingent on an effective national approach to security of payments laws, including considering having a statutory trust to protect subcontractors.”

Together with Senator Stirling Griff, Xenophon hosted a roundtable discussion in late September about reforms in this area. Present at the meeting were key industry groups, including the Housing Industry Association, Master Builders of Australia, the Subcontractors Alliance and the Construction, Forestry, Mining and Energy Union.

In a memo for Prime Minister Malcolm Turnbull, produced from that discussion and seen by SmartCompany, the participants noted security of payment regimes across Australian states and territories are fragmented, and said the federal government has a key role to play in coordinating and improving existing laws.

“In recent years there have been a number of high profile insolvencies in the building and construction industry,” reads the memo.

“The impact of these events has a cascading effect on all participants in the building and construction supply chain, including clients, suppliers, contractors and employees.”

Day and Home Australia have faced increasing media scrutiny over recent months as stories emerged of customers experiencing lengthy delays in the construction of their homes.

On Monday, the businessman spoke about the factors that led to the companies being placed in liquidation, and the toll the collapse has taken on those involved.

“Having been in business for over 40 years, I am naturally devastated by what has happened and will do whatever I can now to assist those affected by this closure,” Day said in a statement, according to SBS.

“All homes under construction are covered by Home Owners Warranty Insurance.

“As I have always agreed to sign personal guarantees to creditors, this closure also has serious implications for me and my family. Creditor liabilities greatly exceed our assets so we will also lose our family home.”

After building his first house in Adelaide in 1979, Day said his Homestead Homes business made a profit every year since 1990.

“But I made two big mistakes – 1. Buying Huxley Homes, and 2. Going into politics without putting in place a proper management structure for the business,” he said.

“I will be working closely with the liquidator and offering a proposal to enable me to find a way to pay back every debt fully, no matter how long it takes.”

The group acquired Huxley Homes in 2003 and Day said on Monday the performance of the subsidiary greatly affected other companies in the group.

“While four members of the group all posted a profit in 2015/16, problems and losses associated with Huxley Homes (and the high price paid for the company in 2003), has seriously undermined the group’s balance sheet and ability to continue trading,” he said.

After entering politics in 2013, Day said he returned to the business in 2015 in a bit to “assist the business and its advisors to either sell it or take on board an equity partner to recapitalise the company”.

He said a contract had been signed to sell 75% of Home Australia to a Philippines-based company, which would have given the group sufficient liquidity to continue trading, however, the deal fell through due to what Day has labeled “fraudulent” documentation from the buyer.

Trade Creditors can insure against non-payments via Trade Credit Insurance. It can cover up to 95% of what was owed in the event of an insolvency. Kirk Cheesman, NCI

Xylophone wants more regulation, cost and imposition applied to an industry. Driving up the costs and driving down productivity.

How good will that be?