Destination superpower: What could Australia’s clean energy future look like?

The COVID-19 pandemic has brought about a global health and economic crisis prompting governments around the world to respond quickly and decisively to protect their people and economies.

Here in Australia, the country’s state and federal governments have come together in a unified response, listening to advice from experts, and working together to limit the spread of the virus.

All of this has happened amid a pan-generational global climate change crisis.

Now is the time to harness the opportunity for Australia and the world to transition to a net-zero emissions global economy.

In May, the federal government launched its Technology Investment Roadmap Discussion Paper, aiming for “a strategic and system-wide view to future investments in low emissions technologies”.

So, as we begin to emerge from the COVID-19 pandemic, what could Australia’s clean energy future look like?

Australia needs to seize the day and meet the demand for technologies required to produce renewable energy and synthetic fuels.

The value of the global market for clean technologies is projected to almost double between 2016 and 2025, and then continue to expand at an increasing pace to 2050.

This global change is occurring as countries move to implement policies, such as net-zero emissions by 2050, in line with Paris Agreement goals.

For example, Germany has recently released its National Hydrogen Strategy and allocated €9 billion as part of its stimulus package to end its reliance on coal. 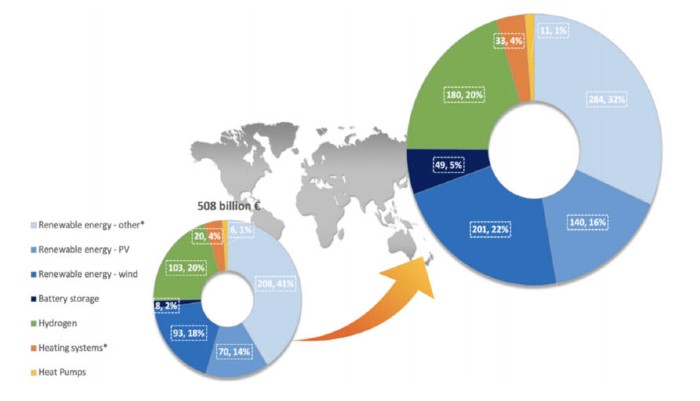 Global market value for selected clean technologies in 2016 and 2025.

Hydrogen is the lightest element in the periodic table, the most abundant chemical substance in the universe. It powers our sun and can be made from water.

But two factors have stood in the way of hydrogen’s lift-off — the expense of manufacturing clean hydrogen and the durability of the equipment.

The staggering cost reduction in wind and solar power will make it possible to make cost-competitive, zero-emissions green hydrogen.

Australia is blessed with some of the best renewable energy resources in the world and rich mineral deposits like iron ore.

Hydrogen can also be used to make products for export like ‘green steel’. Green steel is made by using hydrogen, rather than coal, to strip the oxygen out of iron ore. The by-product is water rather than carbon dioxide.

Australia has enormous opportunities, including shipping wind and solar power in the form of hydrogen or hydrogen-based synthetic fuels (aka ‘bottled sun’), and exporting climate-safe products such as green steel.

It’s critical that Australia moves quickly to take advantage of this transition. 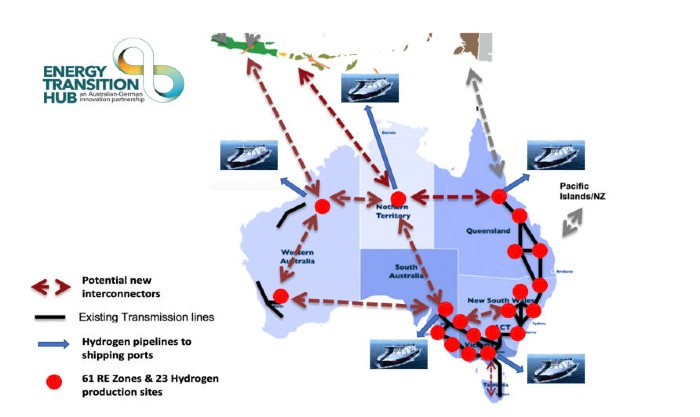 Australia also has a comparative advantage as the world transitions to renewable energy because of its exceptional and complementary wind and solar resources — these are assets with increasing value as global trade and energy flows shift.

Australia could be an important source of supply in global markets for the low cost of production could offset transportation costs as a result of Australia’s geographic distance from trading partners.

Equally, Australia is well-placed in terms of available geological sites for carbon sequestration together with a very significant capacity to sequester carbon in soils. This is also the key to Australia adopting a world-leading position with negative emissions.

Researchers at the Energy Transition Hub tell us that an ambitious approach to the development of hydrogen and energy-intensive exports sectors is better than a cautious one.

The research also explored scenarios examining how a major hydrogen industry might roll out in Australia in a collaboration of Energy Transition Hub partner institutes — two in Germany and three in Australia.

This modelling shows that if Australia produced 200% of our electricity needs by 2050, exporting the surplus as hydrogen or other energy-intensive products, this would lower the cost of electricity, benefiting the broader economy.

Predicting the future path of technology is notoriously difficult.

However, as is the case with COVID-19, the technologies and knowledge developed by universities, CSIRO researchers, industry, government agencies and partners can contribute to achieving emissions reductions. This can also boost jobs, export industries, community well-being, productivity and environmental sustainability. 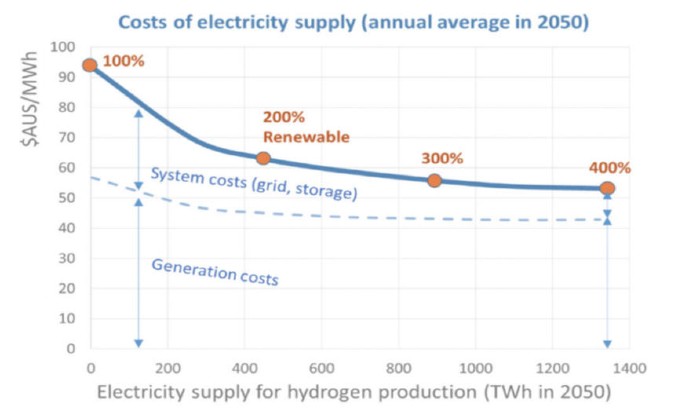 Our research is clear. If planned well and we act quickly, Australia can deploy existing and new technologies to become a renewable exporting superpower — bringing with it sustained benefits for the Australian economy.

This article was first published by Pursuit.