“A symbol for something”: The SpaceX-inspired startup helping fight cancer, one T-shirt at a time 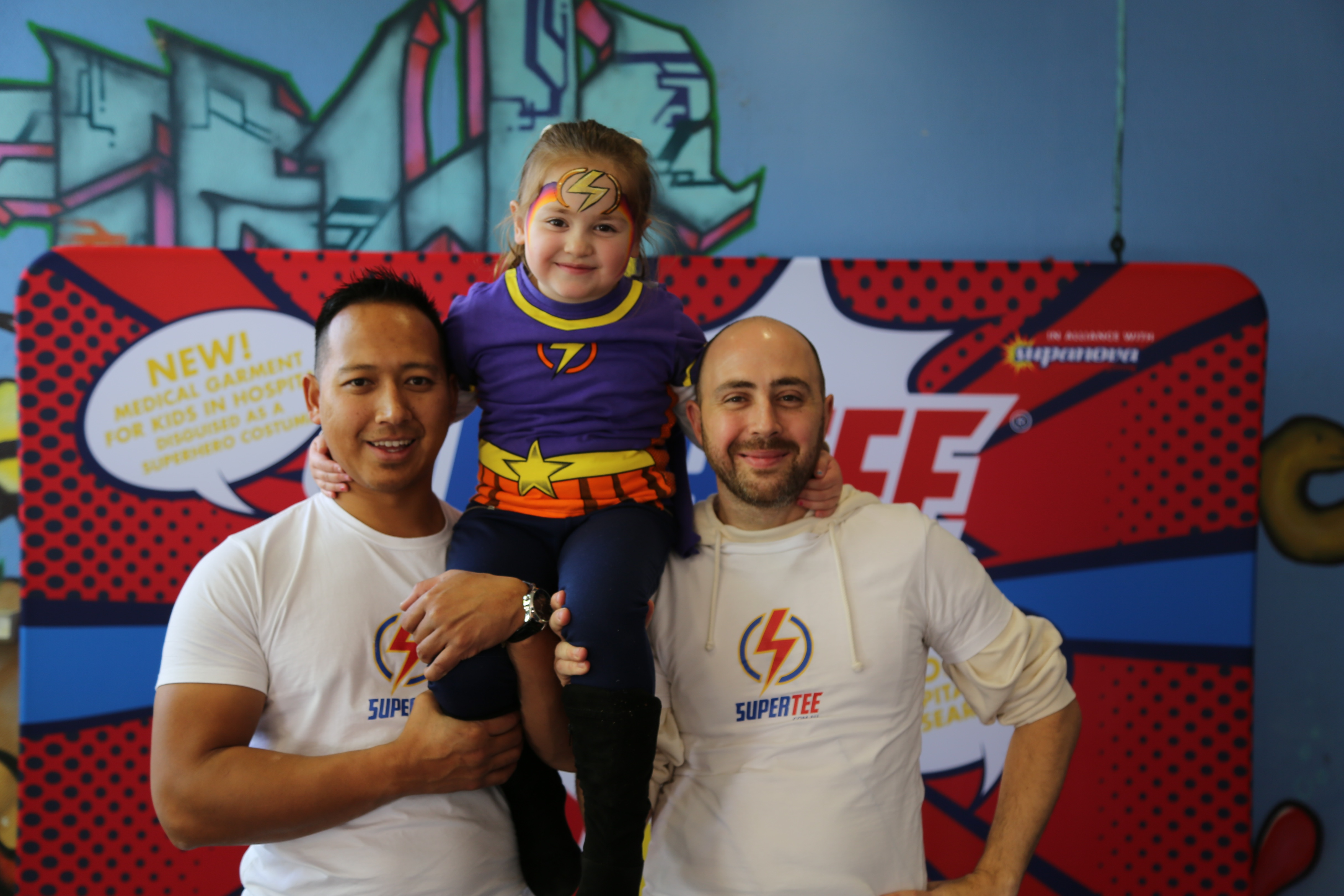 When SpaceX made history in 2017 by landing the first reusable rocket, humanity took a big step towards becoming a multi-planet species.

It was inspiring, and not just within the aerospace industry. For Jason Sotiris, founder of social enterprise Supertee, Elon Musk’s space company is proof that big ambitions and a determination to break new ground can accomplish some pretty astounding feats.

Sotiris isn’t in the rocket business though. In fact, by day he’s a construction worker. But by night, he’s the mind behind Supertee, a venture with big ambitions of its own, chief among which is putting a billion-dollars towards the fight against cancer.

His social enterprise, Supertee, has already accomplished some pretty astounding feats of its own. Working with children’s hospitals across the country, he and childhood friend Yusuf Muklis devote their evenings and weekends to supporting sick kids by supplying them with superhero-themed T-shirts made to substitute dreary hospital gowns.

The shirts are designed from the ground up to be practical in a medical sense, while also bringing a bit of colour back into the lives of those in some of the most heartbreaking situations imaginable.

For Sotiris, it’s personal. His daughter, diagnosed with a rare form of cancer after her first birthday, has spent more than her share of time in hospital. But it was his three-year-old son who provided the initial inspiration for Supertee, after dressing up as Batman to cheer up his sister.

“When we think of superheroes we think of extraordinary people who can accomplish anything.

“These kids are superheroes.”

Maintaining his full-time job, Sotiris has managed to deliver 2,000 shirts to children across the country in recent years, working with institutions including the Monash and Sydney Children’s hospitals.

But Sotiris has a problem. So far, Supertee has been funded through partnerships with charities and online sales of its shirts, money then pumped back into producing more shirts to give away to hospitals.

But the founders have struggled to get enough support to meet demand.

“I’m getting messages from families through social media, words of encouragement and appreciation, but also desperation.”

“I would love to help, but I can’t help everyone,” he says.

Neither Sotiris or Muklis take a wage from Supertee, with every spare dollar being pumped back into producing more T-shirts from a carefully selected manufacturer in Vietnam.

That means the founders can only work on the project in their spare time, stunting their ability to achieve their goal of taking the social enterprise global, and then eventually pouring every dollar they can into supporting cancer research.

“There are 13 children’s hospitals in Australia, but in America, there are more than 250,”  Sotiris says.

As the social enterprise has grown, Sotiris says he’s started being contacted by hospitals in the UK and United States, but neither founder has decades of business expertise and the prospect of expanding the venture beyond Australia is daunting.

A Go Fund Me set up early last year raised $11,000 for the social enterprise, but fell far short of their $60,000 goal, prompting the pair to start looking for a third-party backer.

That’s not easy, Sotiris says, because financial support isn’t enough. Whoever partners with Supertee has to be on board with its mission to use social enterprise for good, pouring every dollar back into producing more T-shirts.

“We’re in the wilderness, and like every wilderness, there are dangerous animals,” Sotiris says.

“We’re concerned about trying to deal with people who genuinely care about and share the values we do.”

Supertee has an online shop for its products, using the revenue to produce more garments it can give away to hospitals. But the pair aren’t natural e-commerce entrepreneurs and feel they need additional business expertise to take things to the next level.

“My dream is to have Supertee become a worldwide company where we can pump some serious funding into the generation of a new treatment or drug,” Sotiris says.

“I would like our company to be a symbol for something.”

The pair have had some early wins, gaining the support of Australian Comic-Con organiser SuperNova and fielding calls from other community organisations like the Rotary Club.

But a principal backer still eludes them, unhelped by stigma about social enterprise more broadly.

“When people ask whether you are a charity and you respond with ‘social enterprise’, a lot of people don’t understand,” Sotiris says.

“It’s counter-intuitive. We get placed into those categories … are you in it to make money for yourselves, or are you out to help others?”

The founders frequently consider whether to transition Supertee into a not-for-profit charity, and while there are some advantages, particularly in the tax department, Sotiris believes in the power of social enterprise to scale the venture enough to meet its lofty ambitions.

“We’re struggling to work out whether to become a not-for-profit — it gives us advantages and disadvantages,” Sotiris says.

“I’m a big believer in the economies we are involved in. Having an abundance of funds gives you a lot of options to do more good.”